While studying abroad in Istanbul I took my semester break to travel to Portugal and cycle from Lisbon to Faro. The goal of the trip was to really enjoy the nature. I wanted it to be slow paced and relaxing. I wanted to take many stops, and enjoy all the sights and sounds. When I cycled across Canada there was no stopping to smell the roses. We were really determined to get across the country in 50 days, so we missed a lot of cool sights along the way for the sake of time. 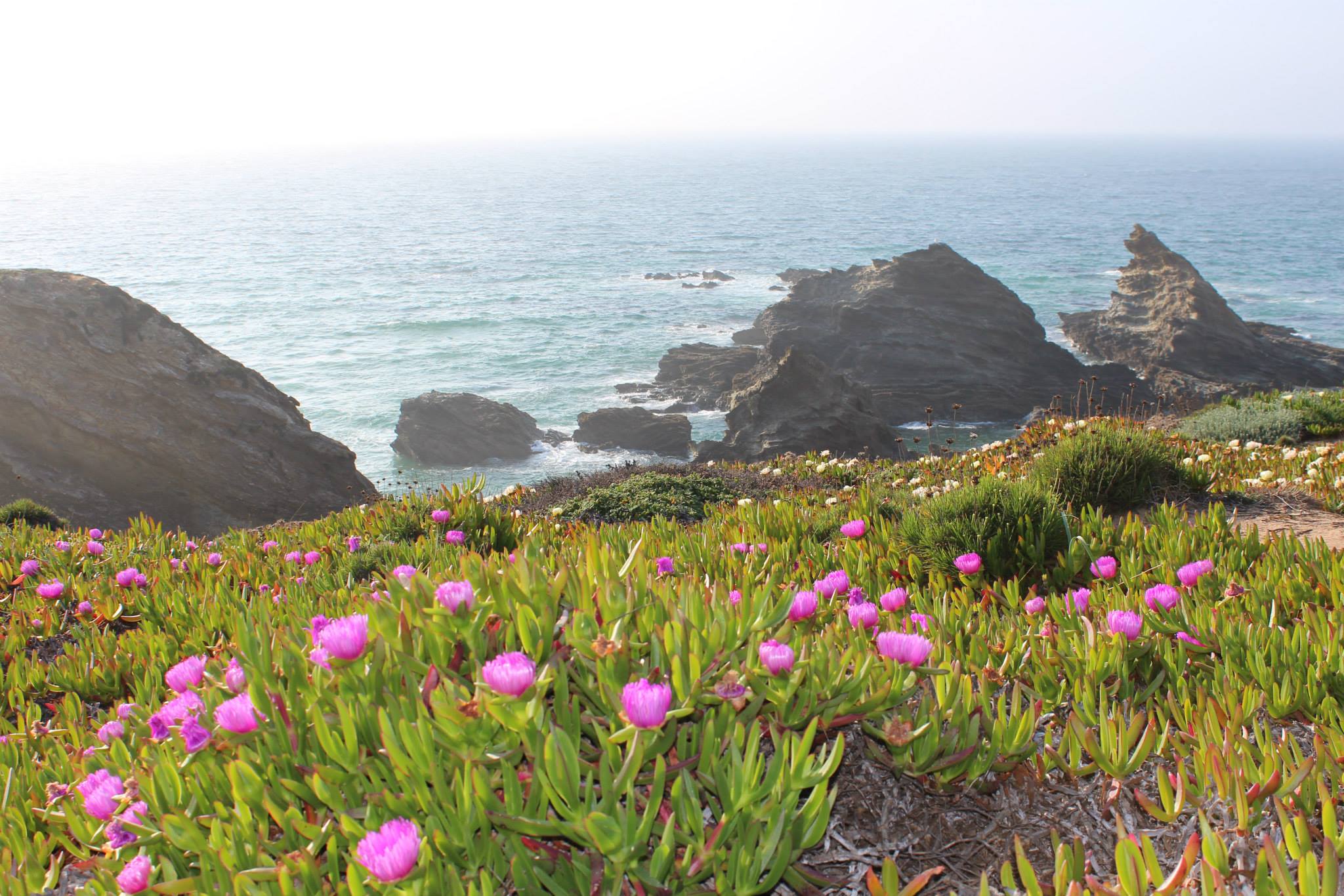 I found it very difficult to try and force myself to slow down and stop. I think I developed a tendency from my Canada ride to keep going until I have reached my goal for the day. I planned 7 days of riding for the trip, which would have allowed for me to go approximately only 50km each day and still reach my destination. Instead I did the trip with 4 days of riding, and took only 1 rest day. I did do an ok job of stopping to enjoy myself at least though. I made a camp fire the first night, had a long surf session the second day, and met up and went out with friends in Lagos the third night. Arriving early also allowed me to spend more time in Faro which turned out to be a really nice city.

Scroll past the video and pictures below to read more about the trip. 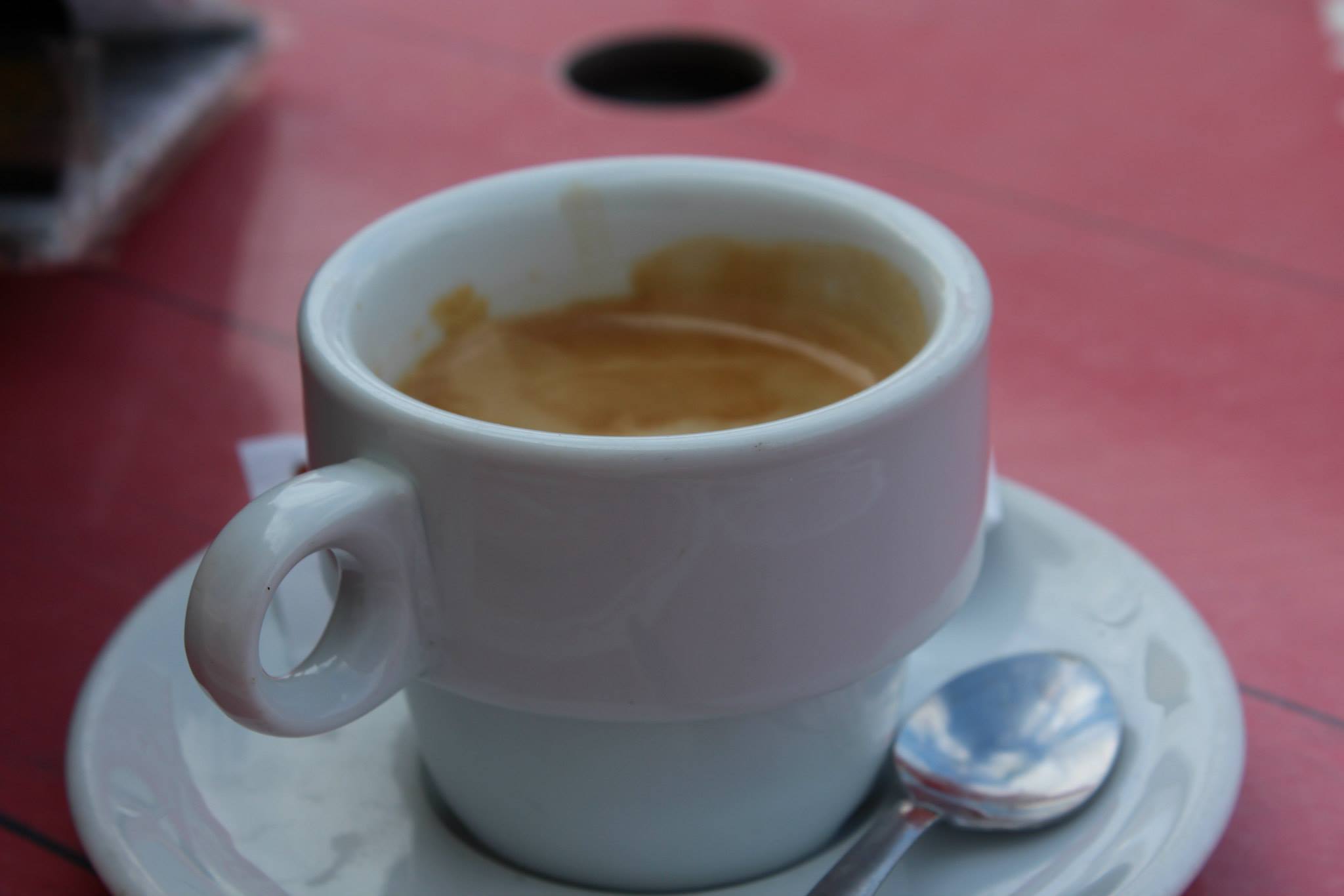 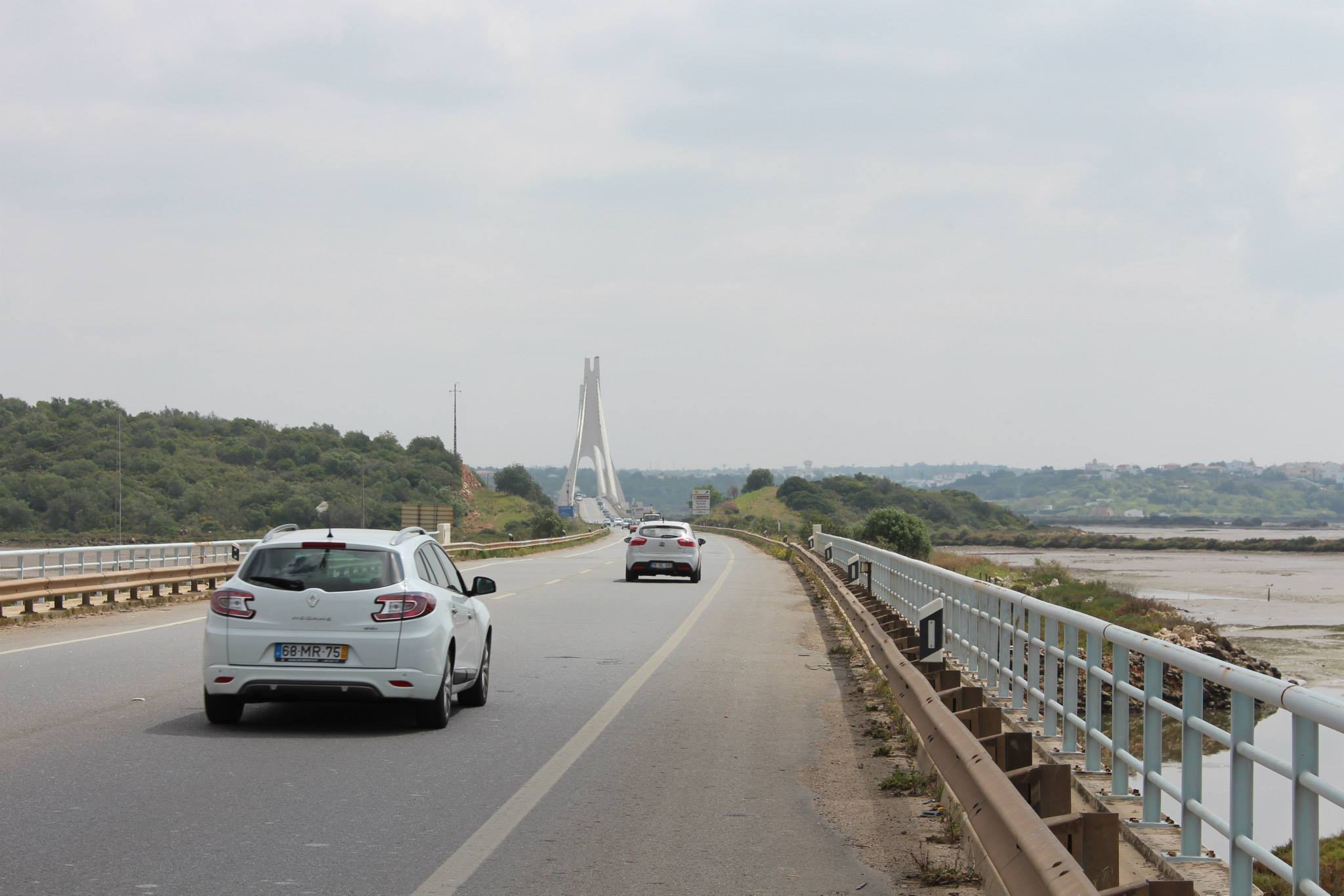 This route proved to be a decent one. It was not overly challenging, and provided nice scenery. For the most part there was not very much traffic, with the exception being my ride from Lago's to Faro along the south. In this stretch there was way too much traffic! The terrain is mostly natural, with some fun climbs and decants, the best one being just outside of Lagos. Heading south, as you near the city you are treated to a pretty gruelling climb, and then rewarded with some awesome down hill. 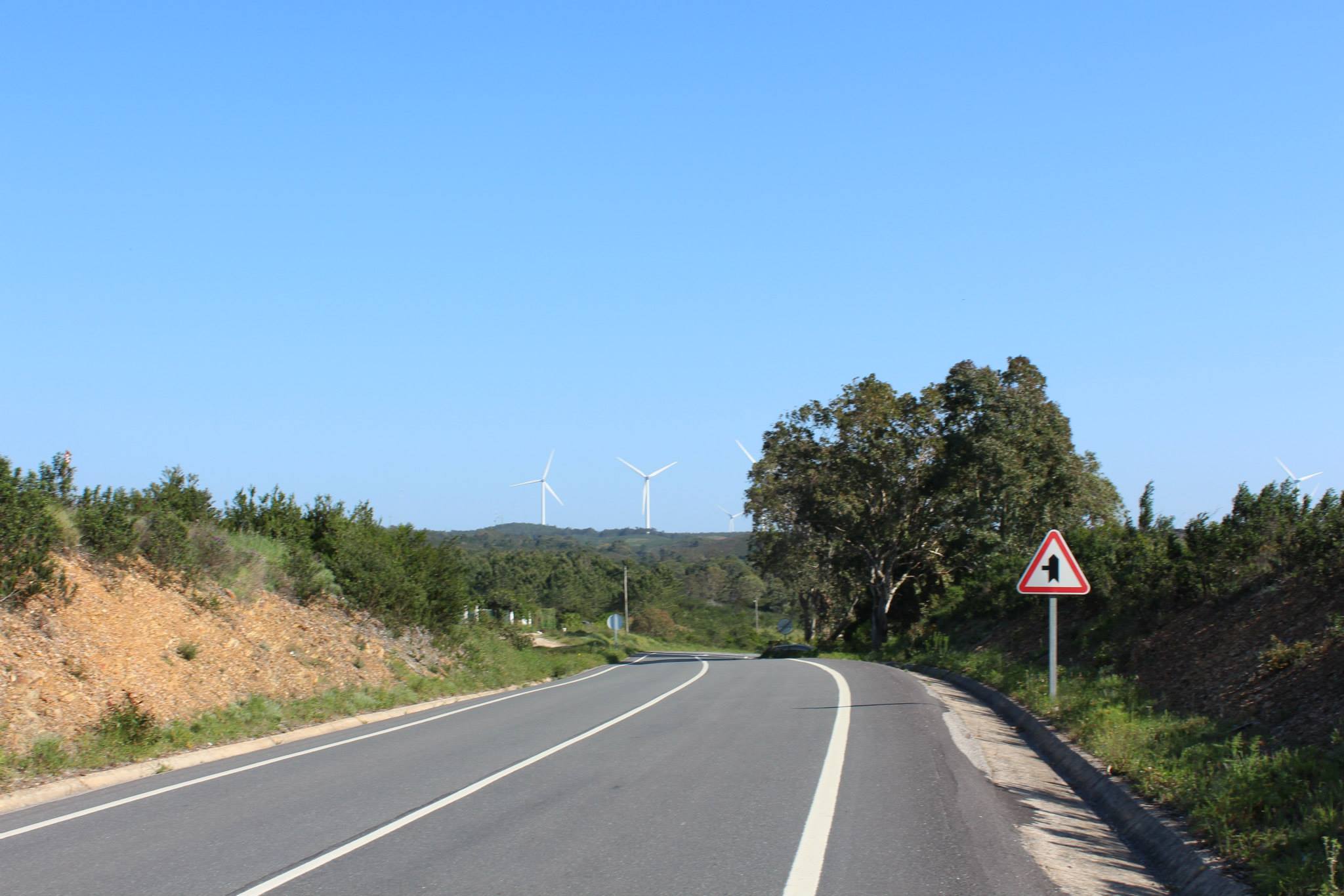 The only real disappointment was I wanted more coastal views. There were hardly any, or at least way less than I imagined. From the maps I saw there is no way around this, as I stayed by the coast whenever possible. The best part for me was just south of Sines. Around here you can bike close to the sea, with a beautiful beach and little cliffs. Here is also where I stopped and surfed for a few hours, at the surf spot S. Torpes. 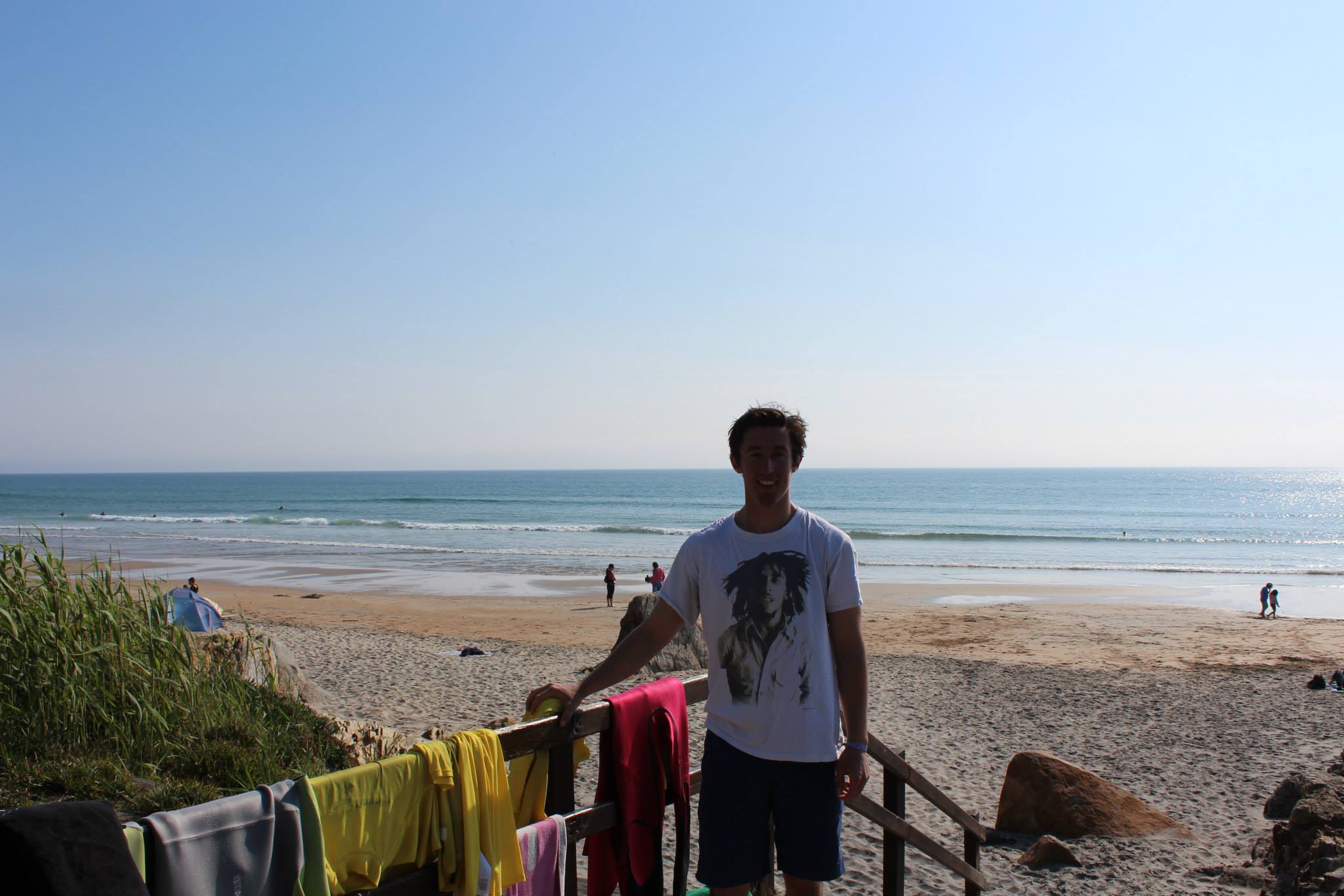 There is also a problem of not many ideal camping spots. While there are lots of ones you can pay for, they are not overly nice. I saw almost no where that I wanted to stop and stealth camp which I was planning to do. In my head I imagined camping on the beach every night. I think this may be possible, but will be a lot of work searching for the best spot. It required more patience than I had! The first night's campsite was not bad though once you got away from all the cabins, and did treat me to this view... 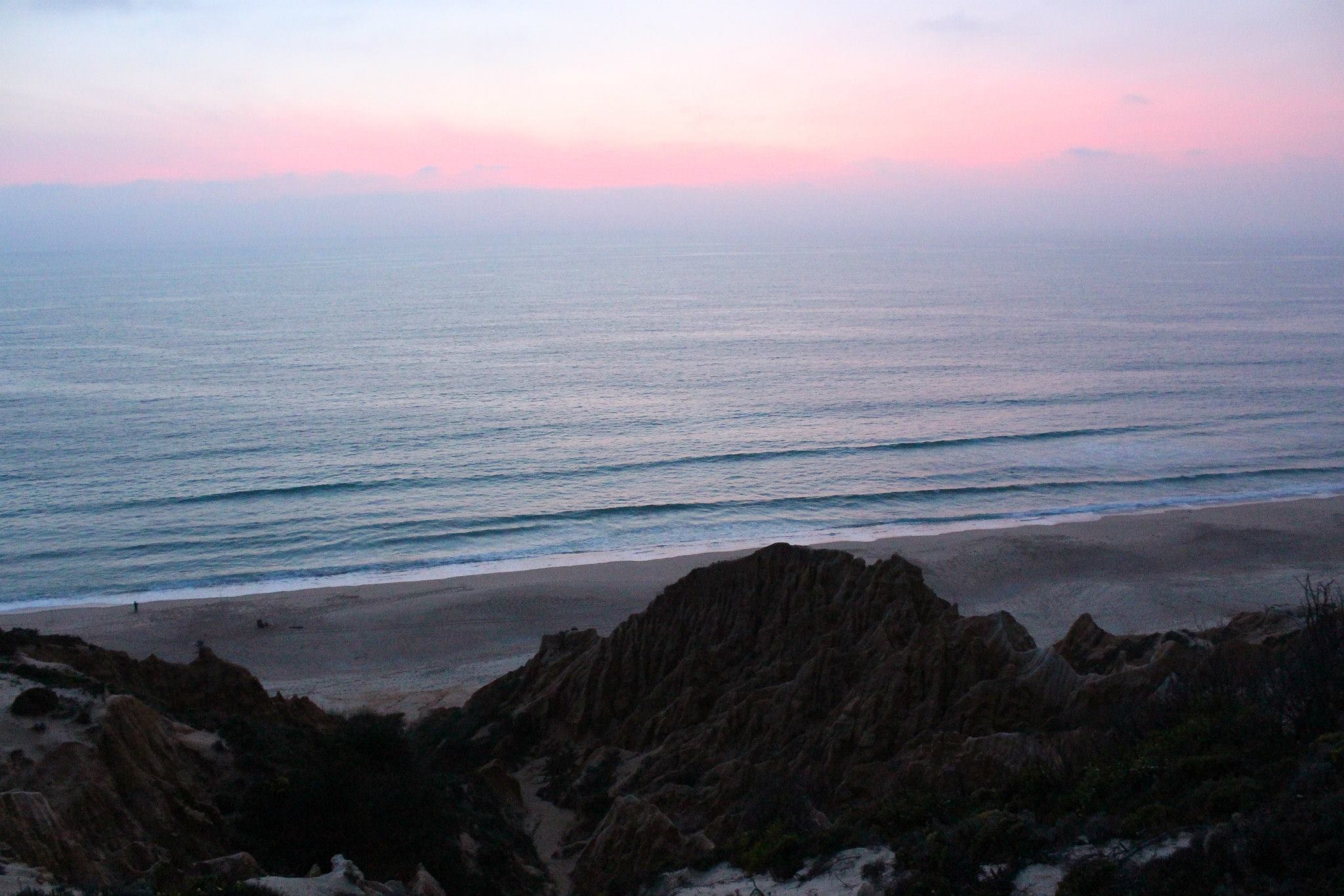 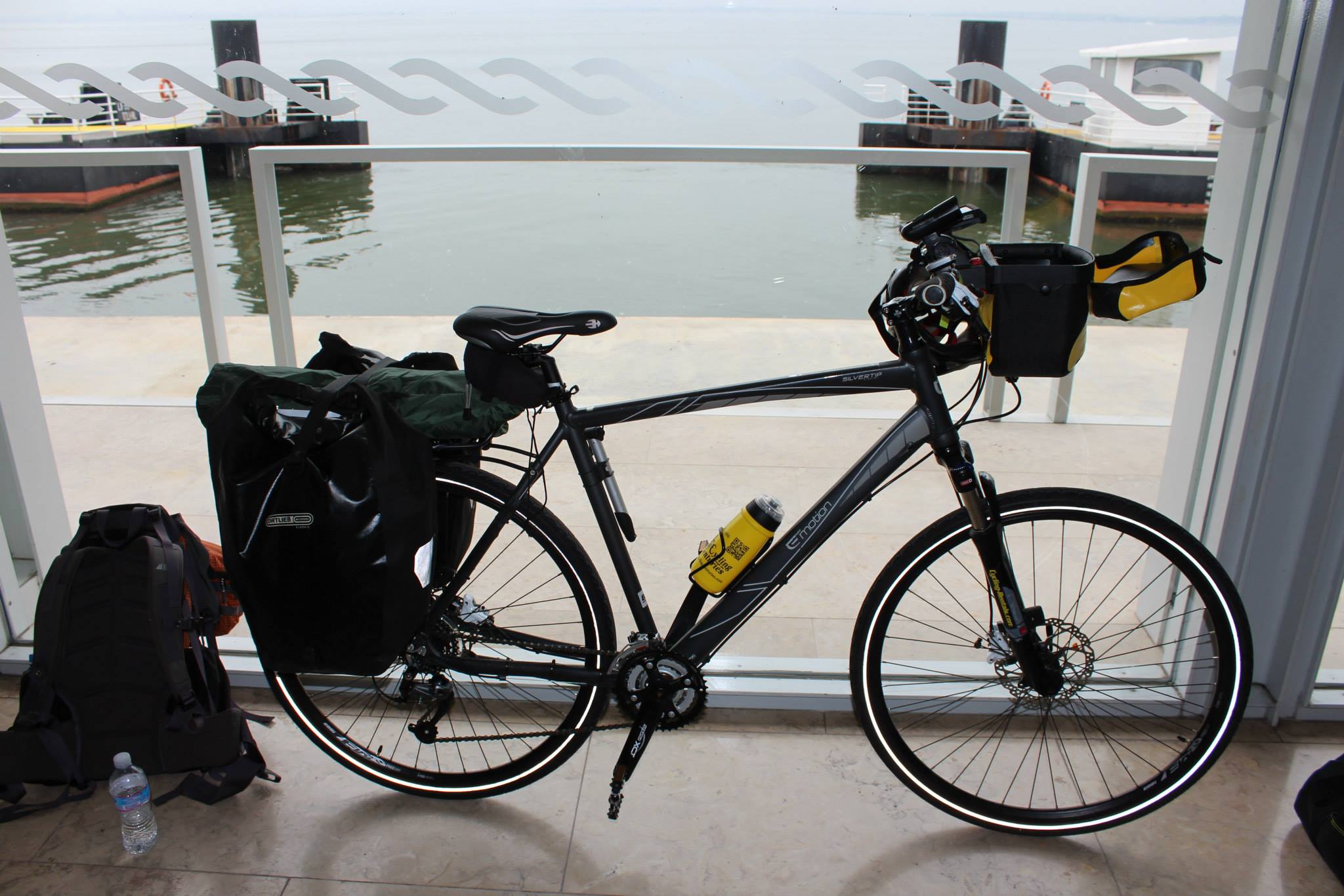 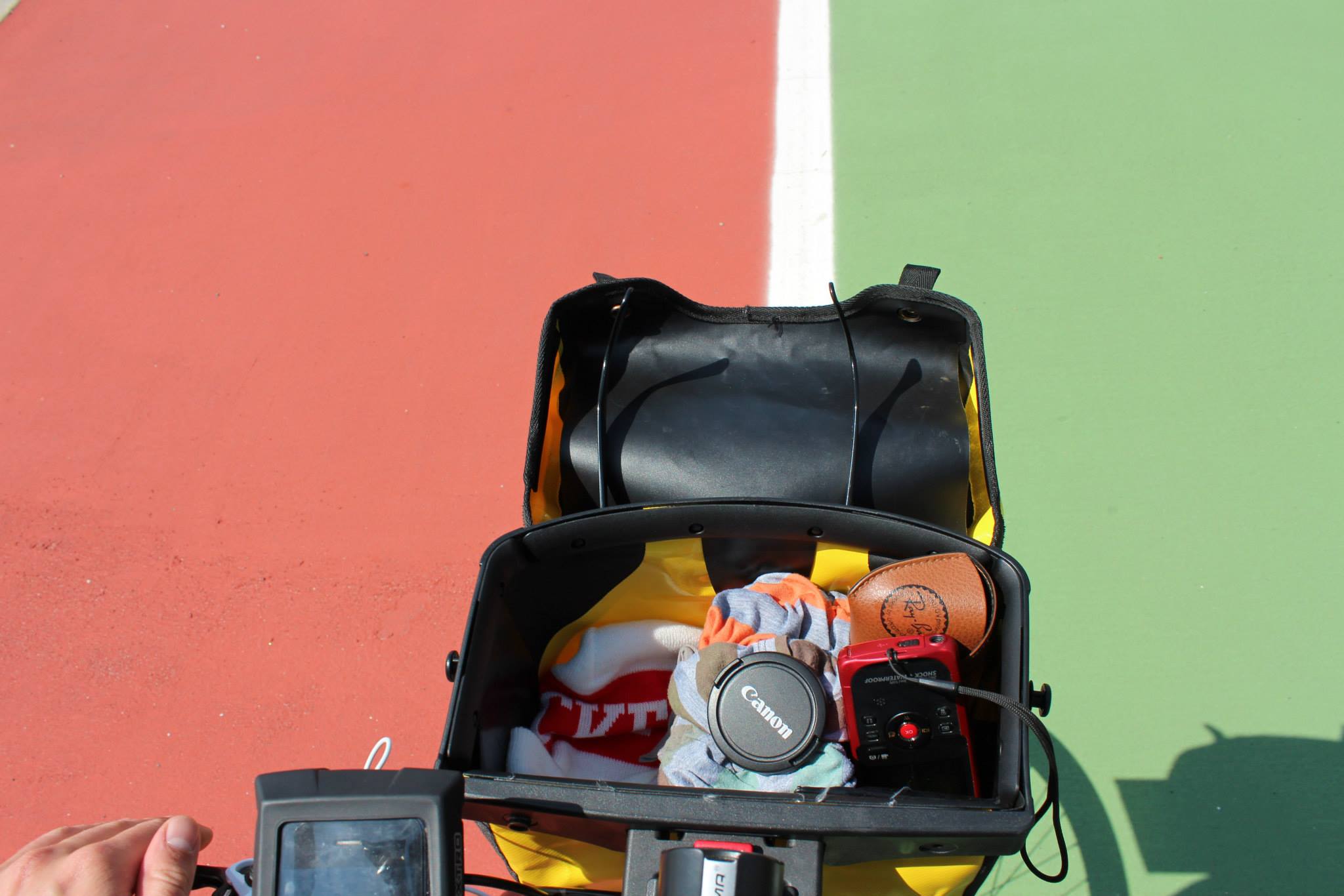 Since I was in Europe I had none of my own cycling equipment with me. I looked online at several different companies, and decided to rent all my gear from Cycling-Rentals.com. They turned out to be a great choice. Their customer service was excellent (they always responded to emails quickly) and the equipment was all in great condition and high quality. I ended up renting their men's touring suspension bike, the BH Silvertip. I think the bike was excellent, although I did not enjoy touring on a suspension bike very much. If I were to do it again I would opt for a bike without suspension. I felt the suspension took away from my power and really slowed me down. Since the roads are fine and I didn't do any mountain biking there was no need for this. 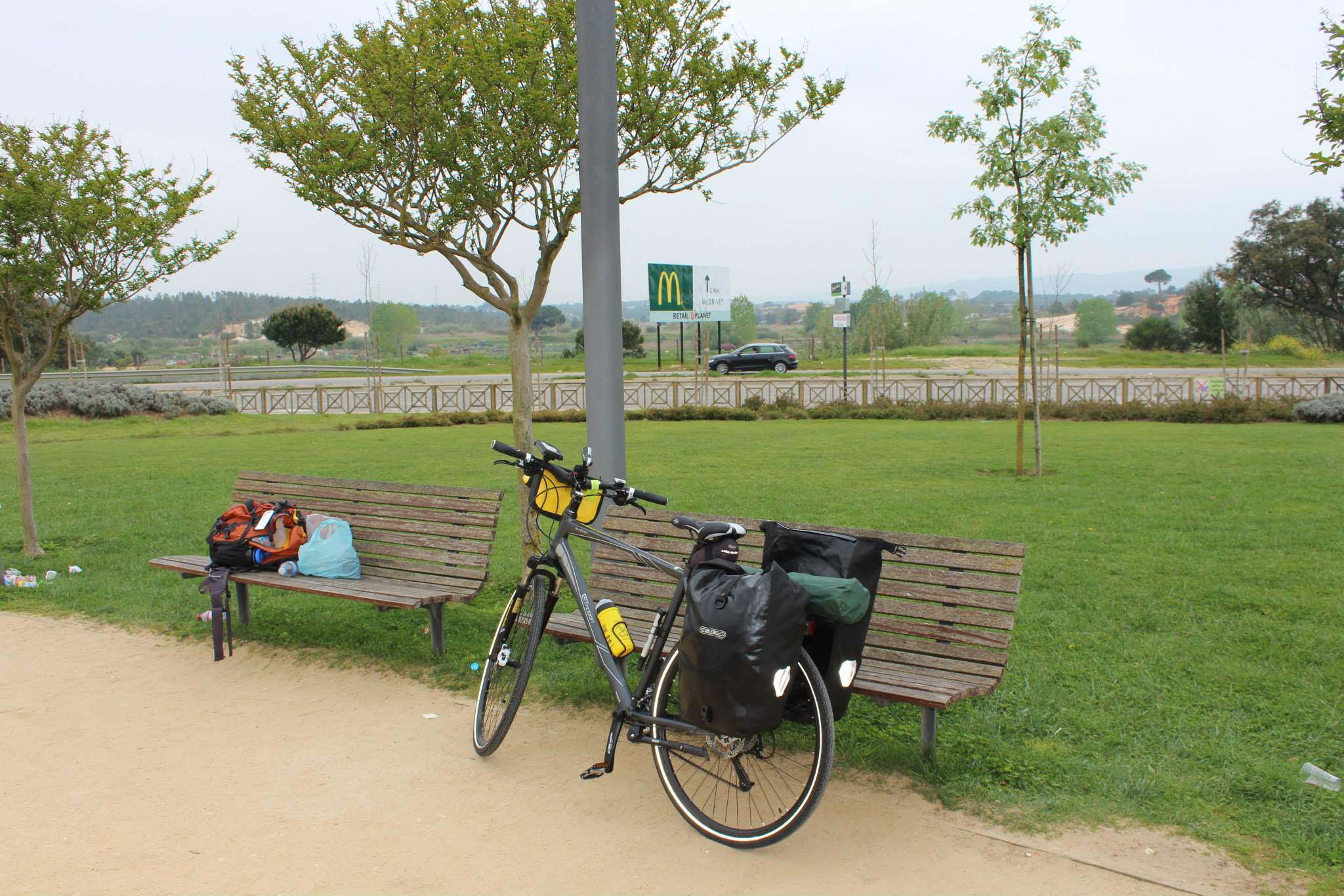 I did the 7 day rental for 125 Euro's, plus purchasing some extra accessories: helmet, odometer, smartphone holder, handlebar bag, and waterproof panniers. I really did not need all this. For example I don't know why I got the smartphone holder, but it looked so cool online! The rear panniers and handlebar bag were both great. I ended up keeping my camera and wallet in the front, and almost everything else in the back. I was also carrying my travelling backpack because that is what I came to Portugal with, but there was almost nothing in it except some groceries for the day. When all said and done the bike and accessories cost me 200 Euro for 7 days. I wish I rented for less days because I finished the trip so early. The trip ended up being a lot more than I thought. But was worth it! 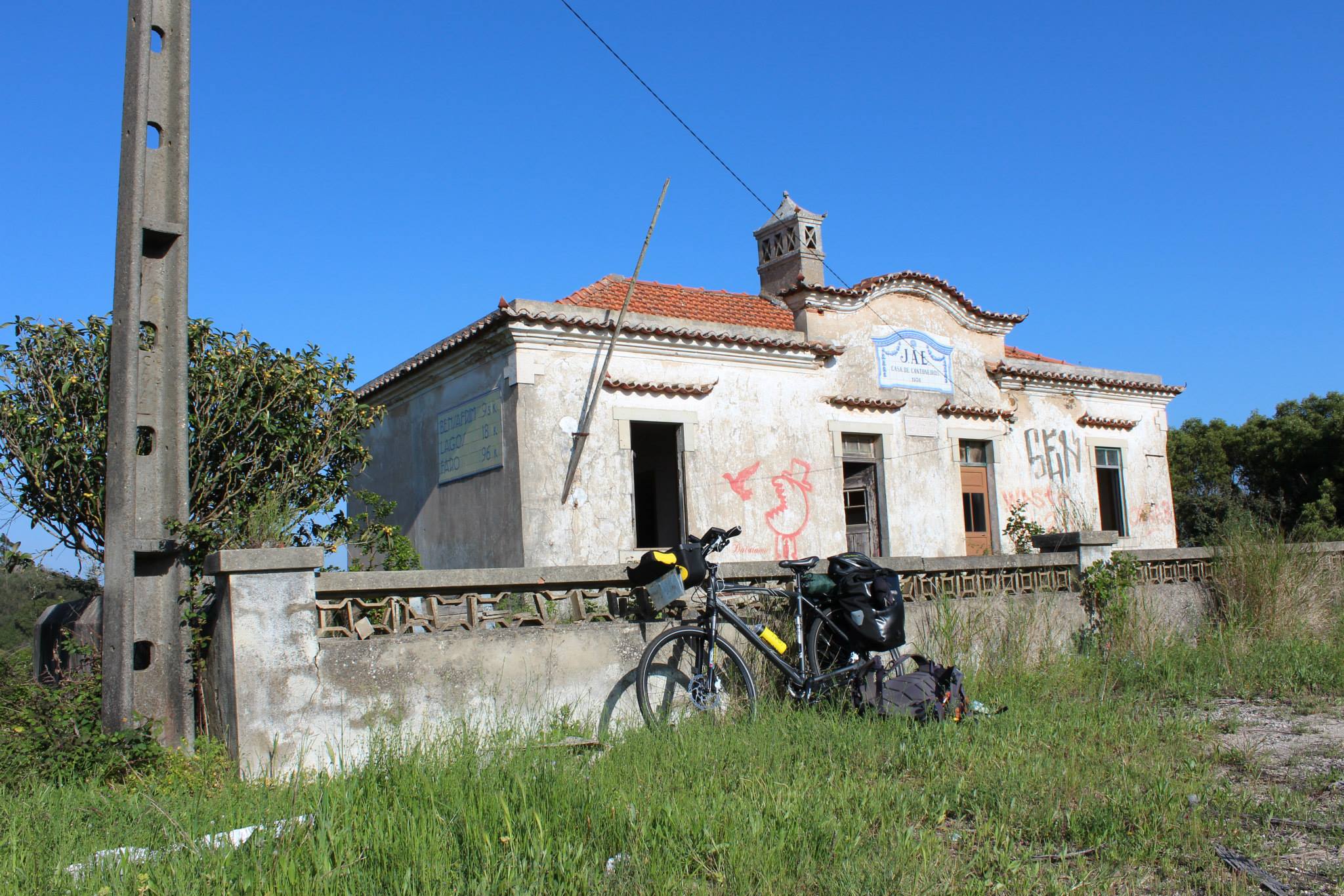 In terms of sleeping I bought a cheap tent in Turkey. It cost only 40 lira's, and worked well enough to do the job. I feared if it rained hard it would not hold, but fortunately the weather was good. I was also lucky enough to come across a sleeping bag for free. It was very light weight, and could be squished into a tiny ball. It was perfect for April in Portugal. I was almost a bit cold at night, but with a sweater on it was all good. 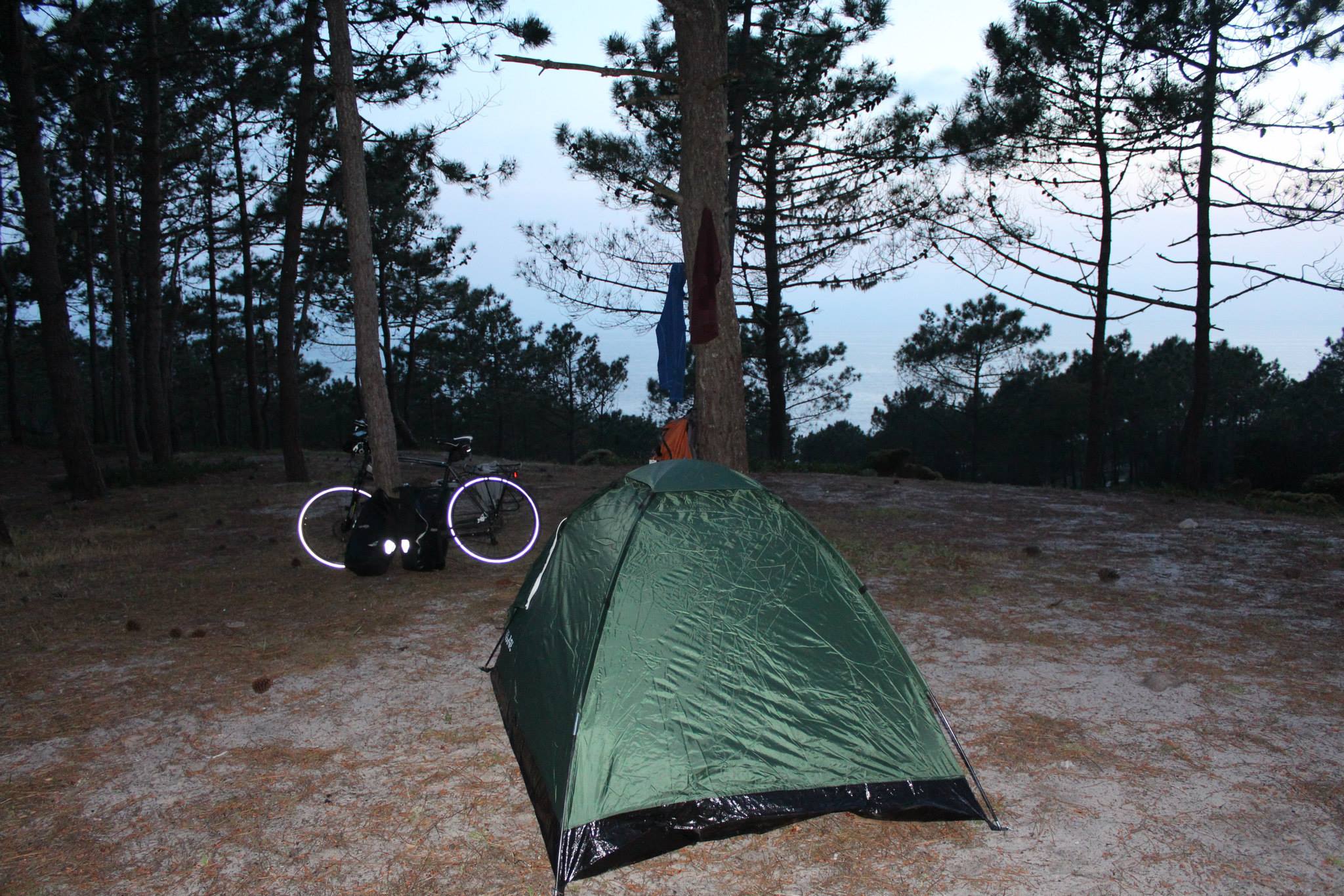 With me I packed 5 t-shirts, 5 boxers, 5 socks, 1 fleece, 1 long sleeve, 1 shorts, 1 bathing suit, a flashlight, DSLR, little camcorder, laptop and textbooks (I had to do a school assignment...), sunglasses, hat, small backpack for day trips, Nalgene, and toiletries. This ended up being the right amount of everything! Except for laptop and textbooks which sucked carrying of course, but I unfortunately had too.