With a few spare days between finishing work and starting a masters program at UBC I was keen to experience some adventure before going back to school. Since moving to Vancouver 1 year ago, I had been imagining some of the cycle touring trips I may do. BC's West coast holds so many potential options. 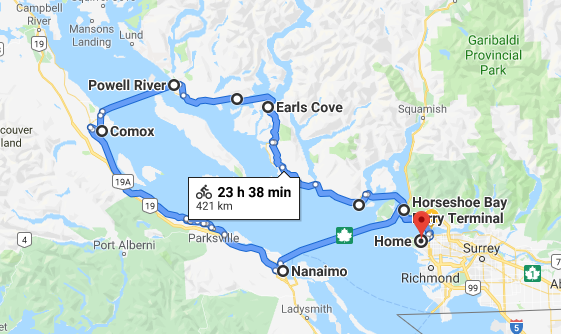 I ended up deciding on the route above. In only 3 days of riding, this route would allow to cycle on mainland Vancouver, Vancouver Island, and the Sunshine coast. Below is a summary of the route I took:

Day 1 totalled 116.98 KM of cycling and 7:03 saddle time. The last time I rode over 100 KM in a day was about a year ago, so the ride was a little bit challenging. Starting in Vancouver, I crossed the Lions Gate Bridge to West Vancouver. Biking along Marine Drive was a very scenic route filled with epic views and multi-million dollar mansions on both sides.

I arrived early at the Horseshoe Bay ferry terminal with time to spare, so I grabbed coffee and breakfast at Troll's Restaurant. 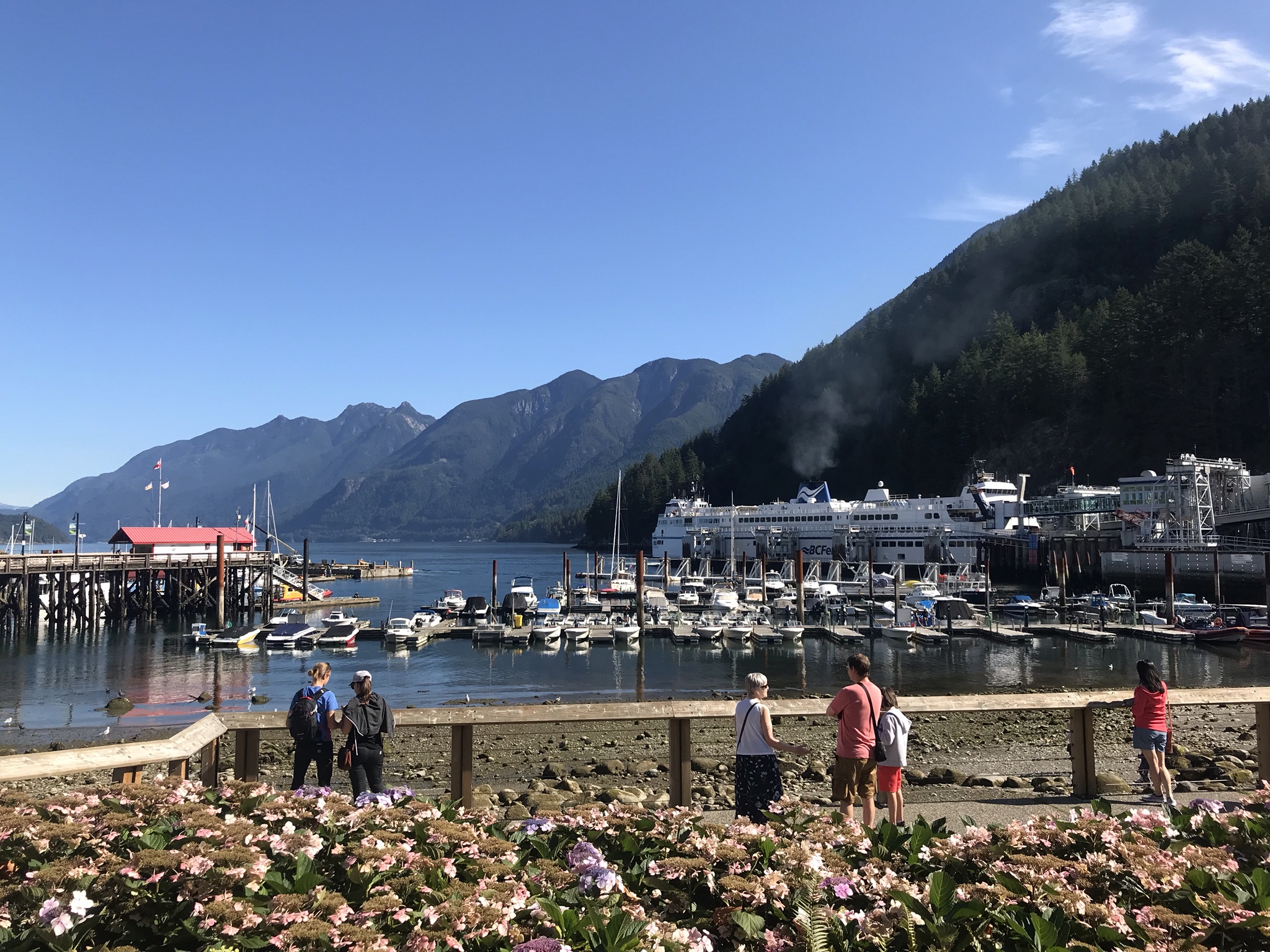 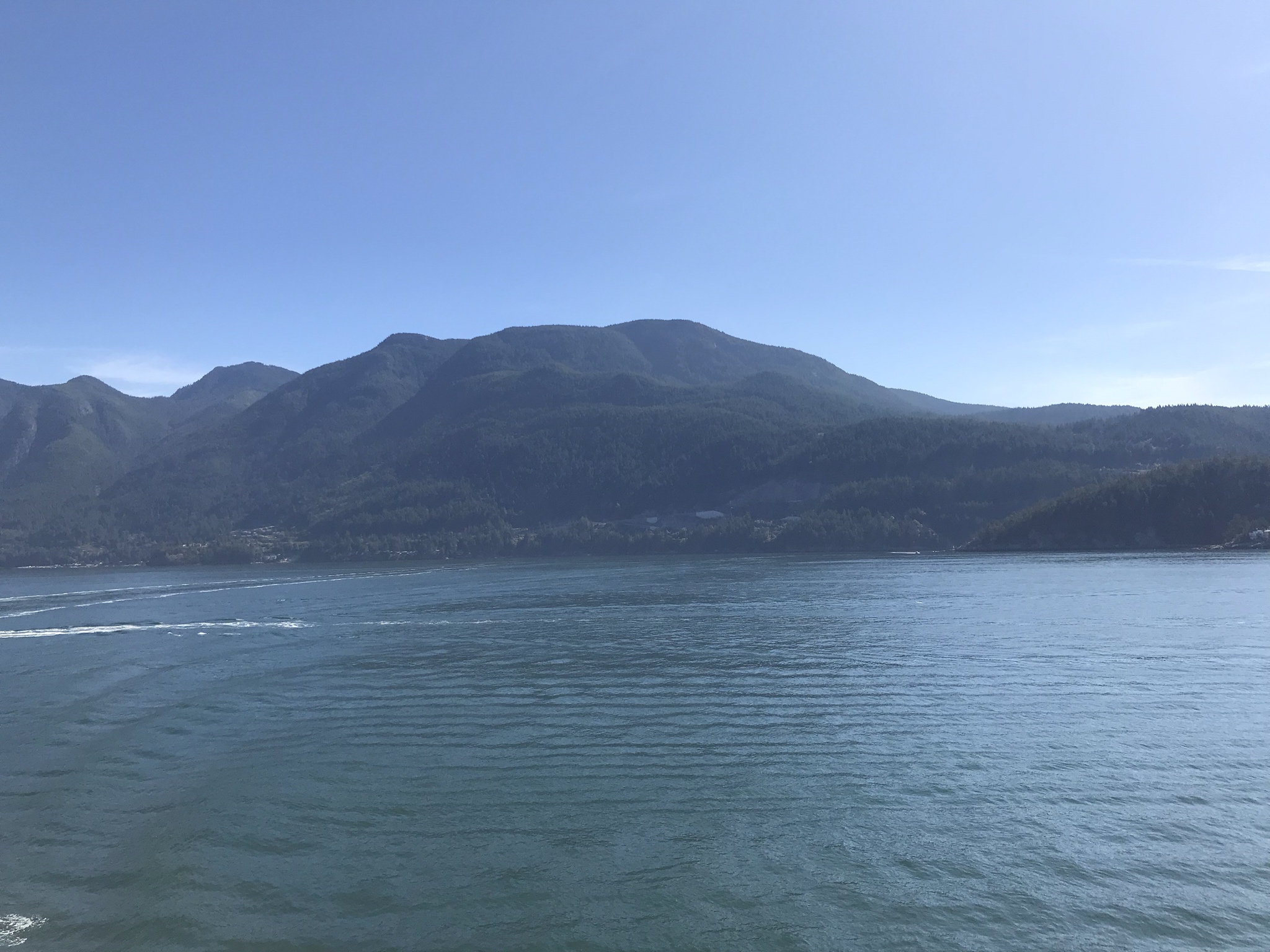 After enjoying a nice breakfast and a long ferry ride I was ready to continue on my journey. Upon docking in Nanaimo I pedalled North to highway 19. I was happy to learn that along side the highway there is a multi-purpose trail. This lasts for 10+ KM and is a nice alternative to biking on the busy road.

As the day went on a began to look for potential places to camp. I decided I would target Rosewall Creek Provincial Park as my camp site which was just off highway 19A. Unfortunately, about 10 KM out highway 19A was closed to all vehicles, so I was required to detour up to the main highway 19. It looked like highway 19 was going to connect with the park, but it never did.

With the light fading, I was becoming tired, hungry, and was eager to find a place to camp. I decided I would just bite the bullet and find a decent paid camping ground or place to stay. My closest option was Lighthouse RV Park which was about 8 KM away. Finally, after a long day of riding I reached the RV park. The park was filled with mostly RV's, but the owner let me set up my tent in a grassy field beside a fire pit and picnic bench. It ended up being a great camp site. 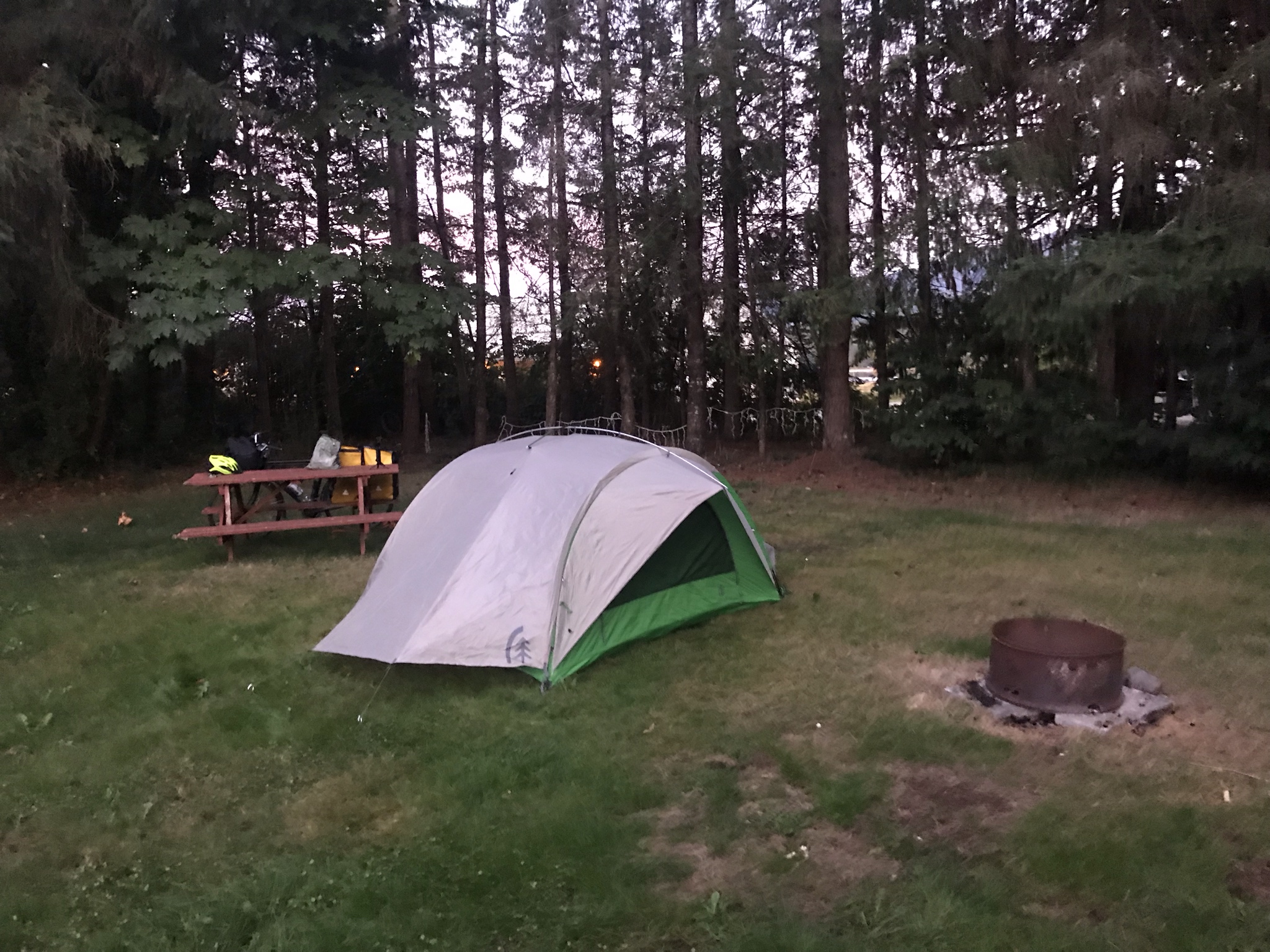 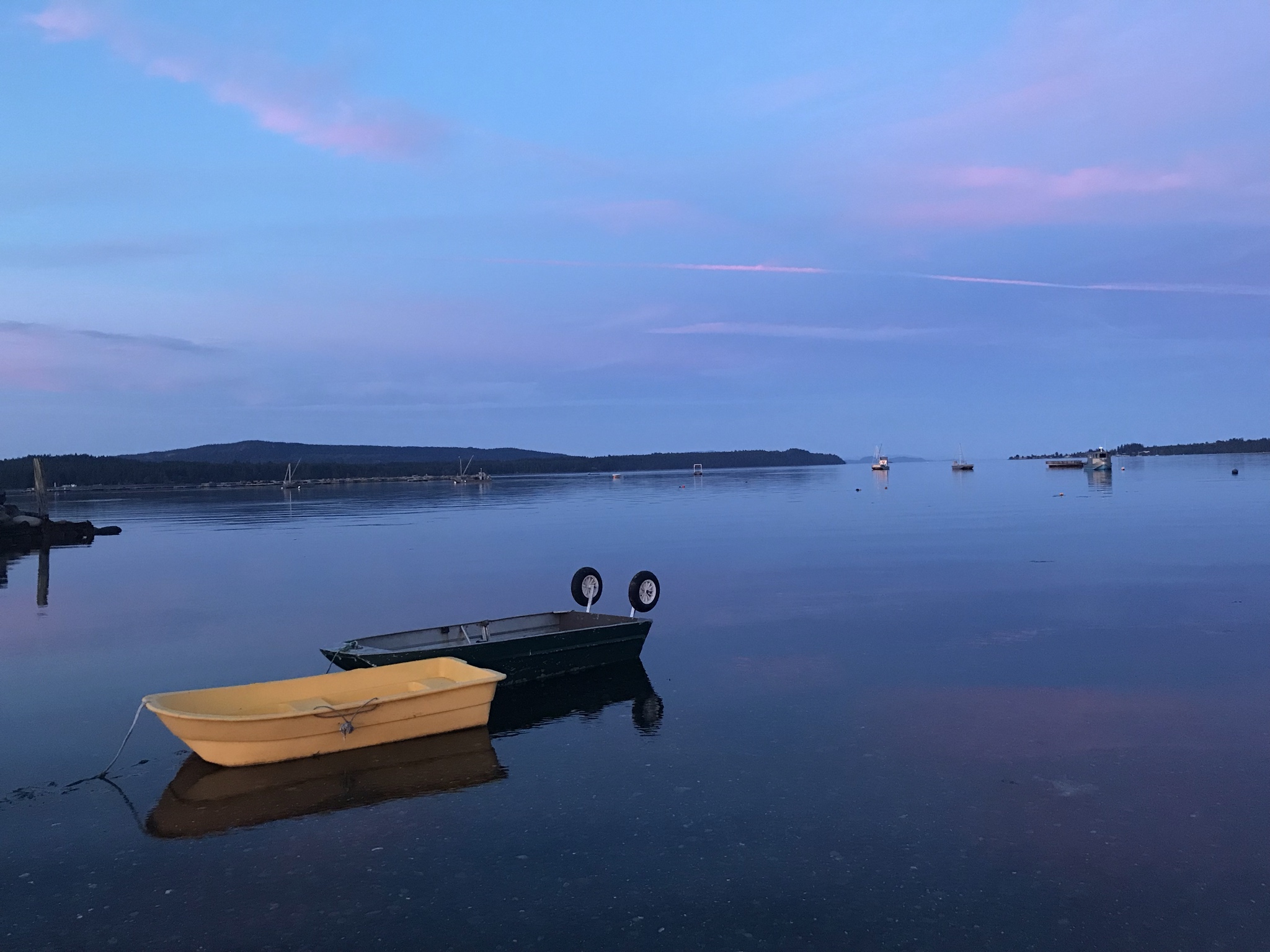 Day 2 was my shortest day. I cycled 78.73 KM with a total saddle time of 4:55. Day 2 was also probably the most enjoyable day. The ride from Fanny Bay to the Little River ferry terminal was mostly flat and I avoided the highway heat and sun by starting early. I caught the 9:55 AM ferry to Powell River and was able to enjoy a beautiful ferry ride across the Straight of Georgia.

When I arrived at Powell River I was eager for a hearty breakfast. Just around the corner from the ferry terminal is Base Camp Coffee. It did not disappoint! I had coffee and the Breakfast Bowl which was a mini omelette on top of a bed of greens and veggies. It was my best meal over the 3 day trip. If you find yourself in Powell River, I would highly recommend. 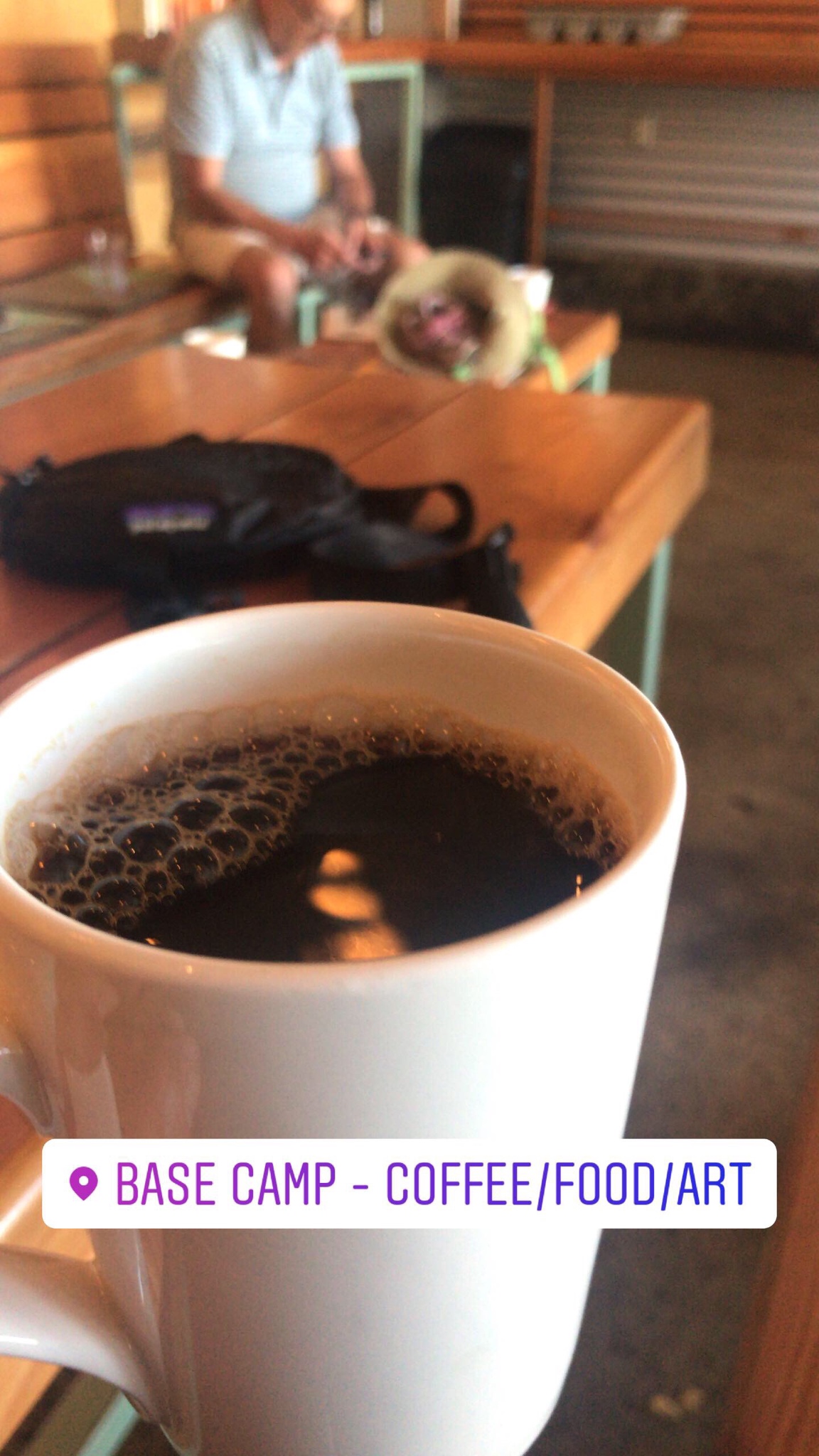 From Powell River I biked south down the Sunshine Coast Highway towards Saltery Bay. This stretch of road was one of my favourites. There was not very much traffic, the tall trees on either side provided ample shade, and the views were beautiful. 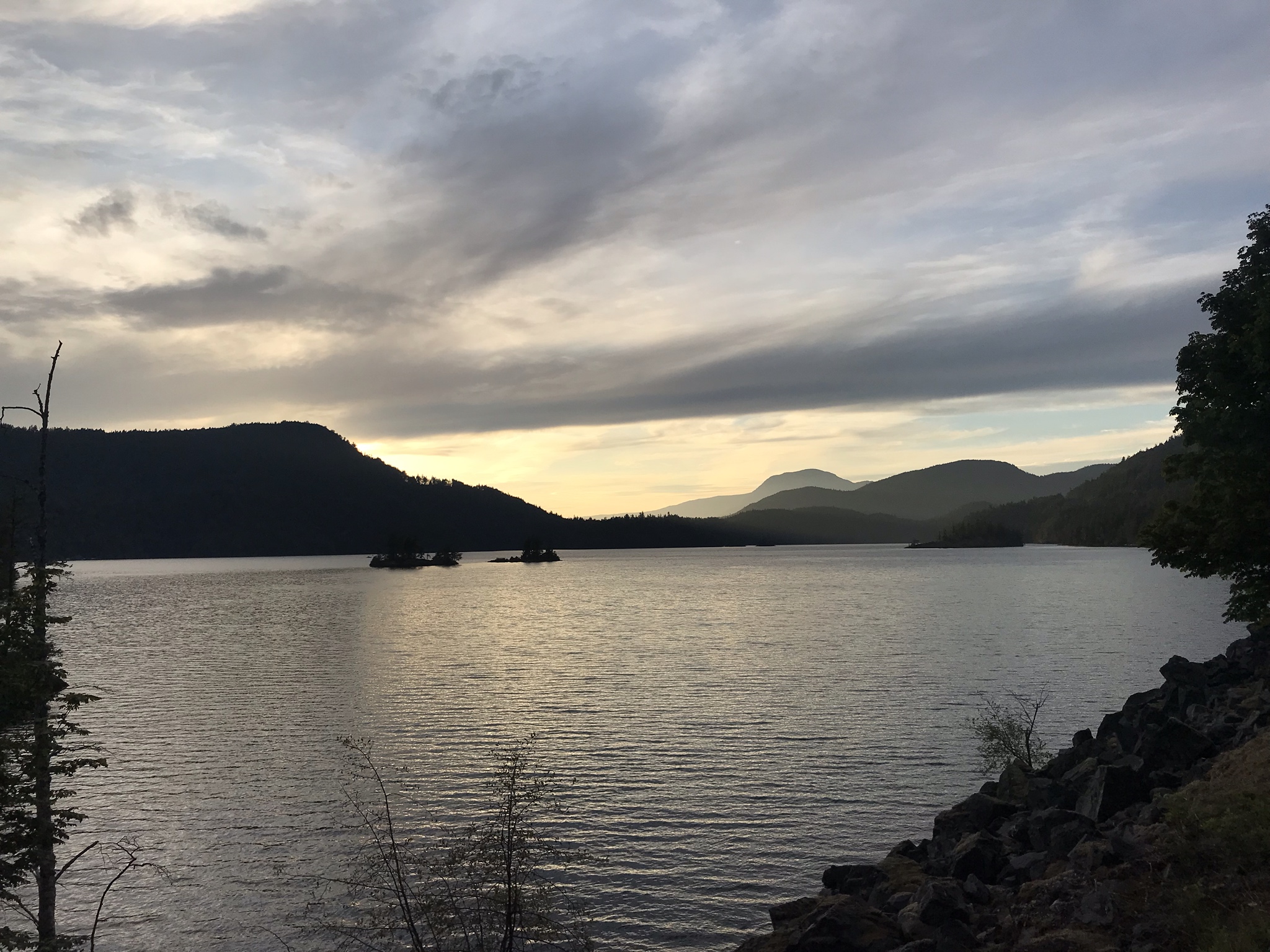 In addition to the fun riding I saw several deer, as well as two small bears playing together not far off the road. From Saltery Bay I took another ferry to Earl's Cove. This was the most picturesque ferry ride yet. After docking at Earls Cove. I pulled in at the Cove Restaurant and Lodge for dinner and a beverage. 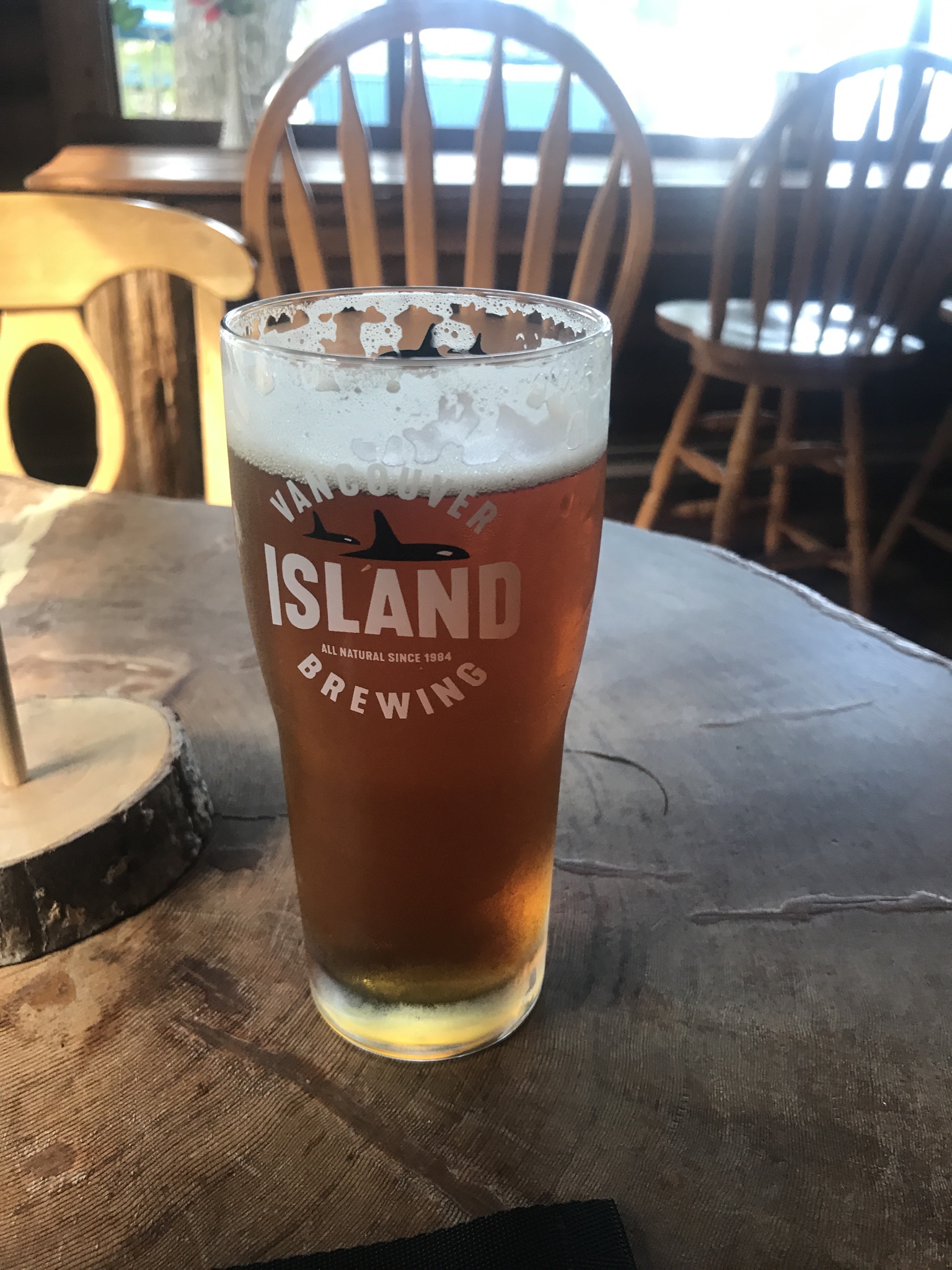 During dinner, I started to search for my next potential campsite. I thought that Dan Bosch Park on Ruby Lake looked like the ideal option. Checking the park's website, it did not specify whether camping was allowed.

Not long after leaving Earls Cove I had arrived at Dan Bosch Park. It looked like the perfect place to camp. The only problem was that there were many signs posted forbidding camping. I decided to take a swim, relax, and see if it looked like a suitable camping site once people started to leave.

Once it started to get dark the park began to empty out. I walked around looking for the best potential campsite. After scanning the area I landed on a beautiful little stretch of beach that was only visible from the water. I pitched my tent and prepared for the evening.

It was probably one of the nicest campsites I have ever had. Unfortunately my irrational fear of bears, and my real fear of being kicked out kept me up all night and I did not sleep well. 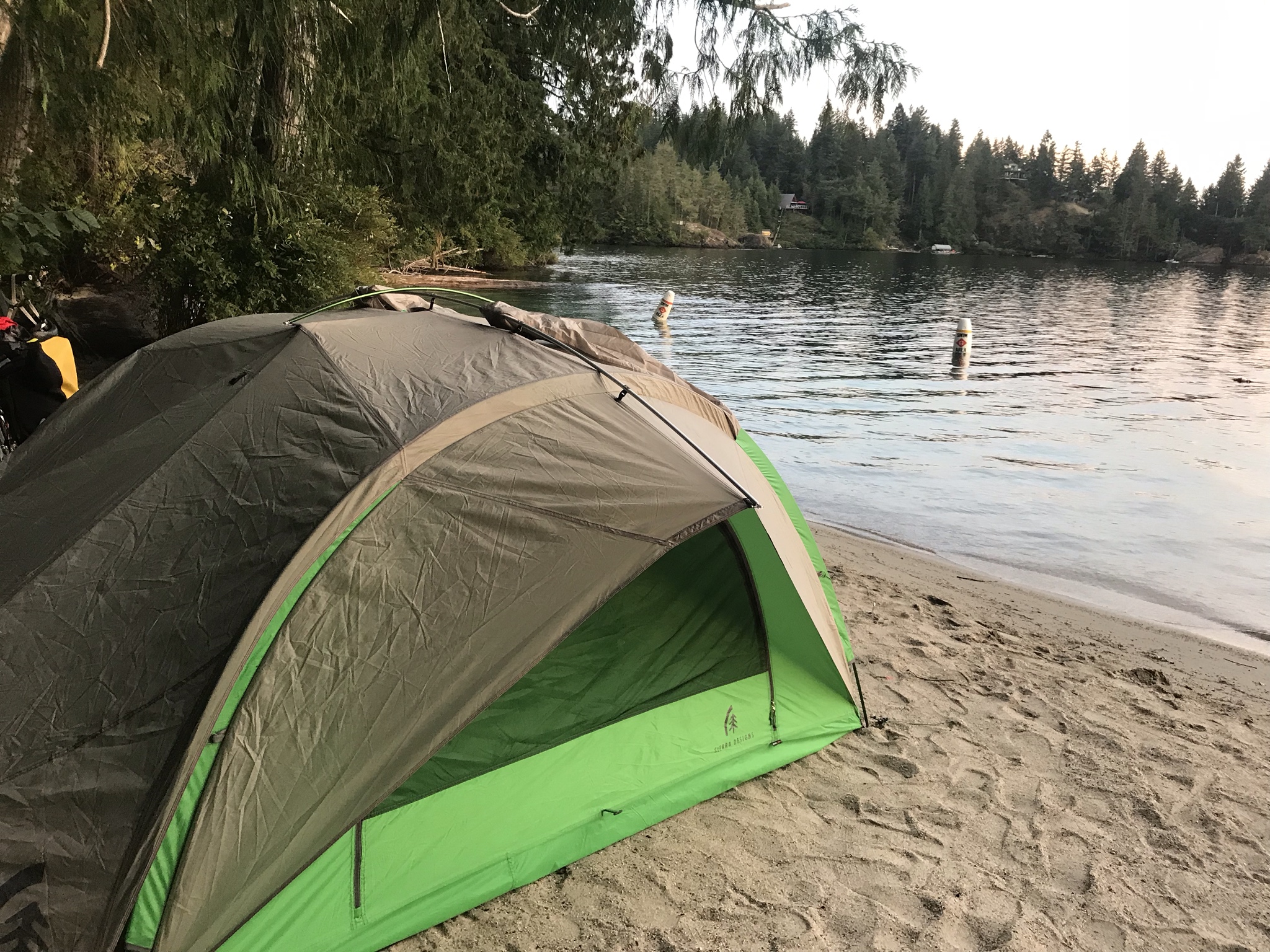 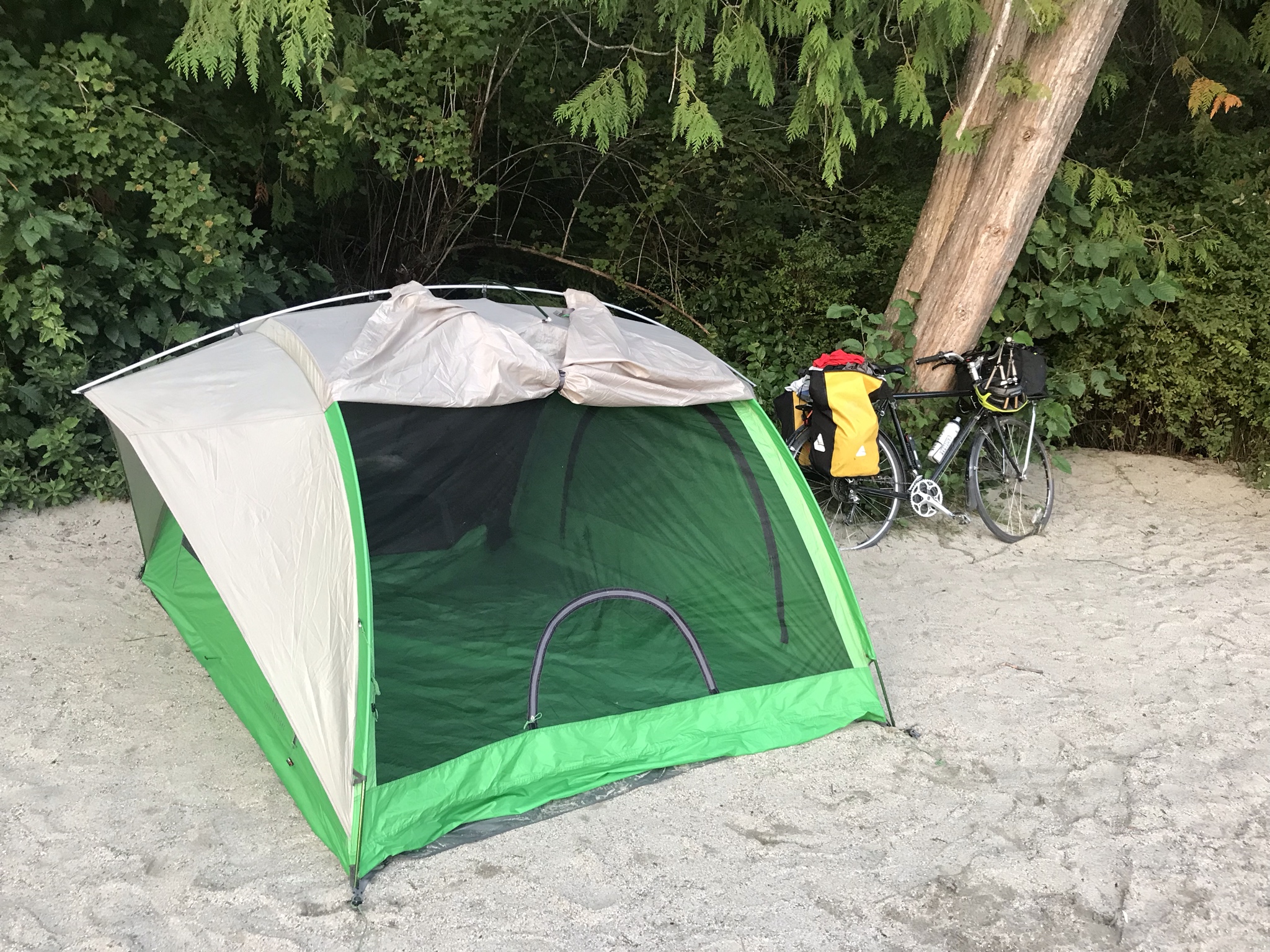 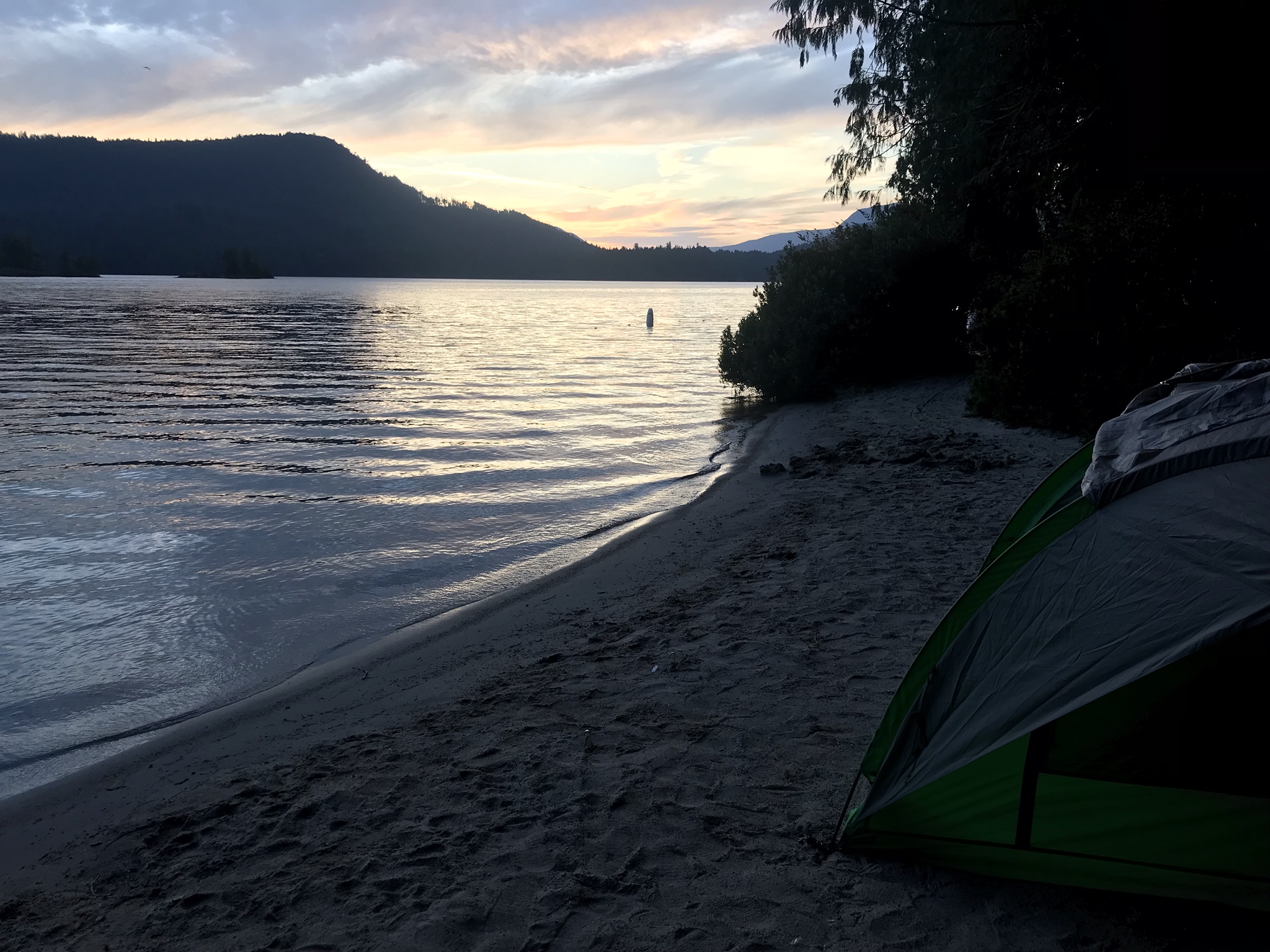 After a restless night and little sleep I was tired and ready to head home. Day 3 saw me cycle 110.9 KM with 7:18 of saddle time. After departing first thing in the morning from Dan Bosch Park I started to cycle South towards the Langdale ferry terminal (Gibsons). The ride for the most part was enjoyable, but traffic steadily picked up the further south I travelled.

There are not many highlights to report from day 3, but the second best meal of the trip was had at the Basted Baker in Sechelt. If you are even in town, be sure to make a visit. I had the Huevos Rancheros which was delicious. 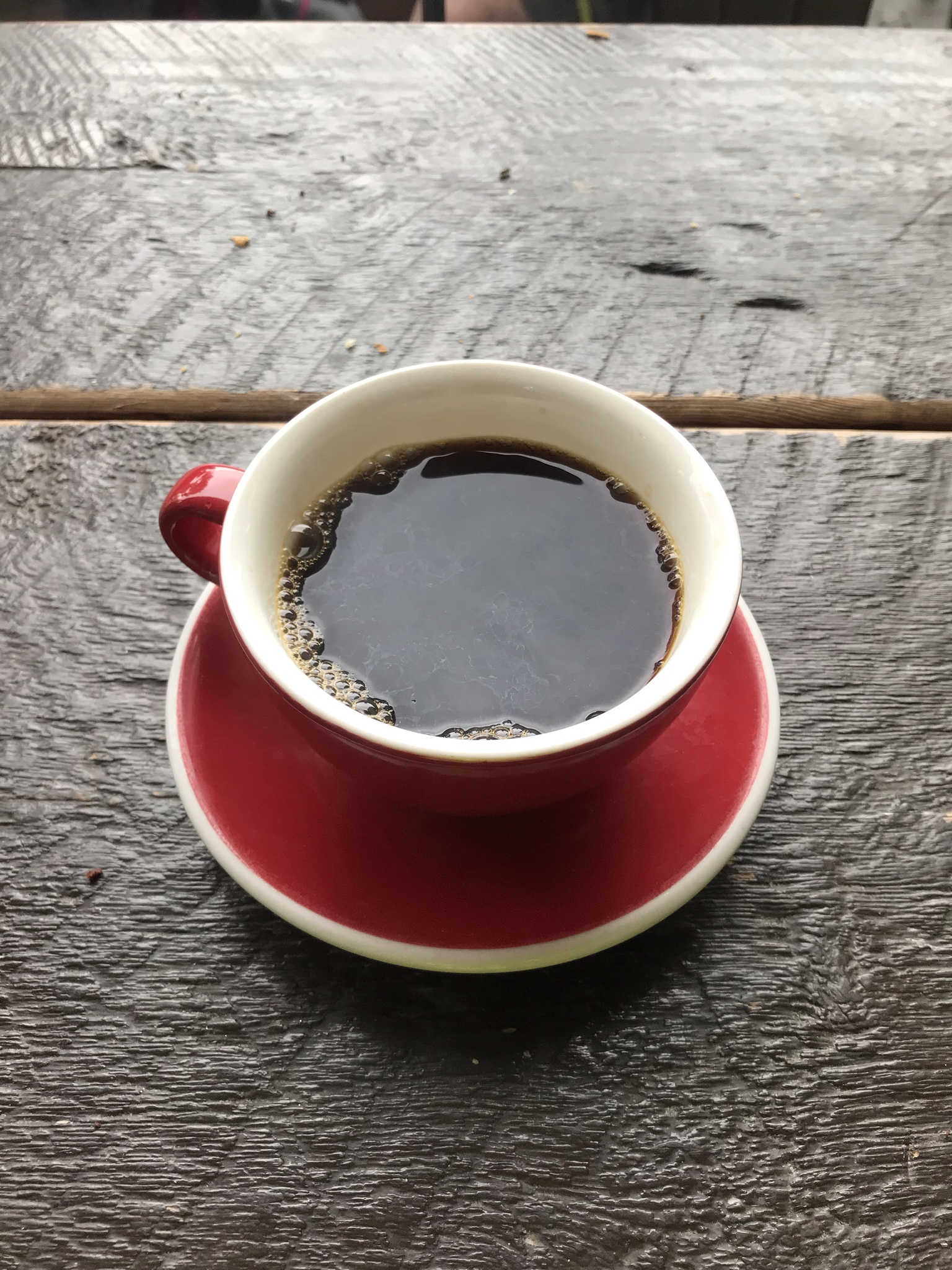 I also spotted some deer along Redrooffs Rd in Halfmoon Bay. 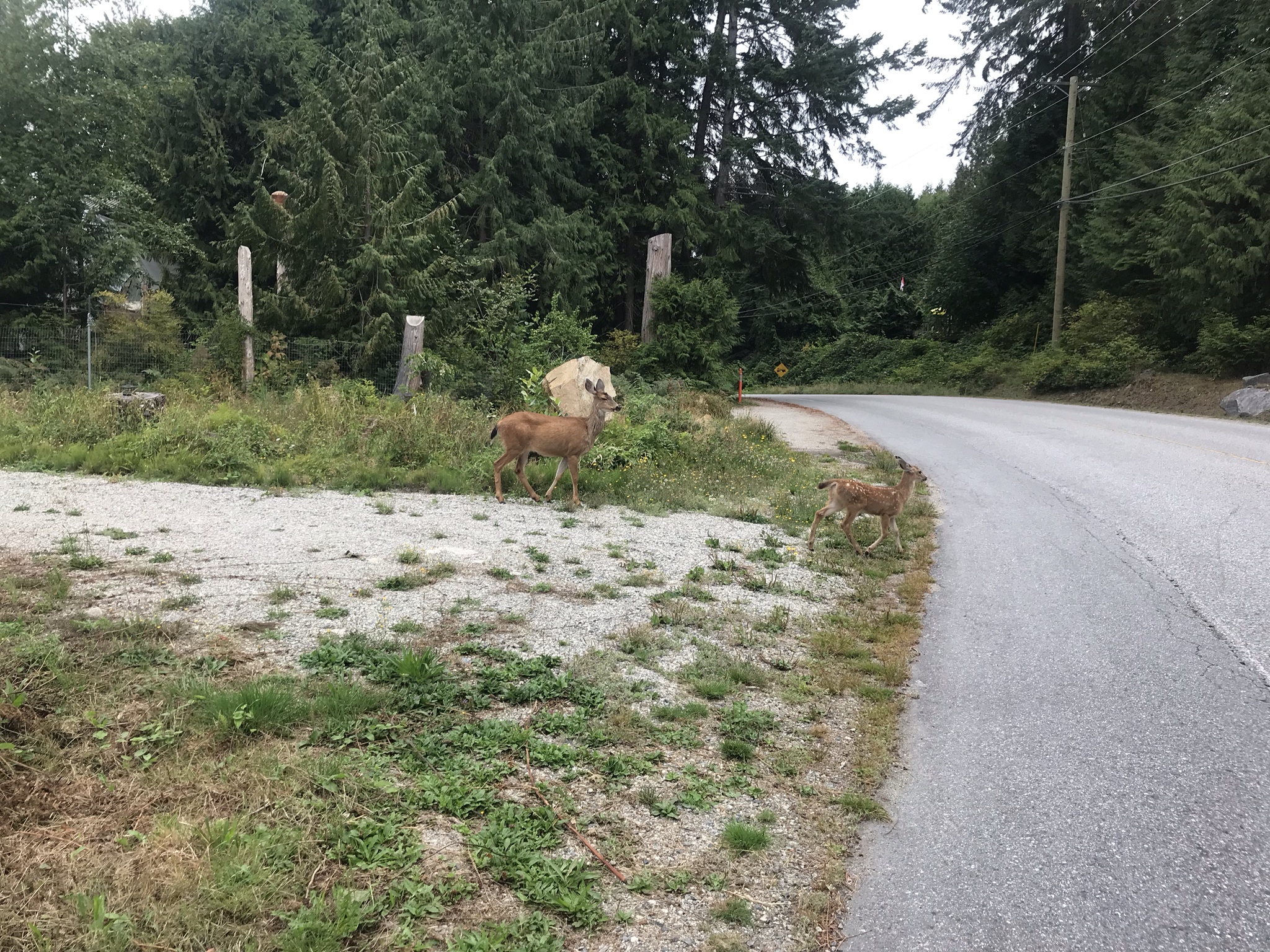 From Sechelt to the Langdale ferry terminal was the worst stretch of the trip for cycling. It started to lightly rain, traffic was heavy, and the shoulder was small in some places. By the time I arrived at the Langdale ferry I was happy to be headed home.

After crossing from Langdale back to Horseshoe Bay, I followed the same route home sticking to Marine Drive. This time with very sore and tired legs.

Overall I was very happy with the route I chose and would recommend the same route to others. I would consider possibly adding another day or two onto the trip to decrease the daily saddle time and increase time to relax and enjoy.

I had way more gear than required for this trip... But for me the gear is half the fun. 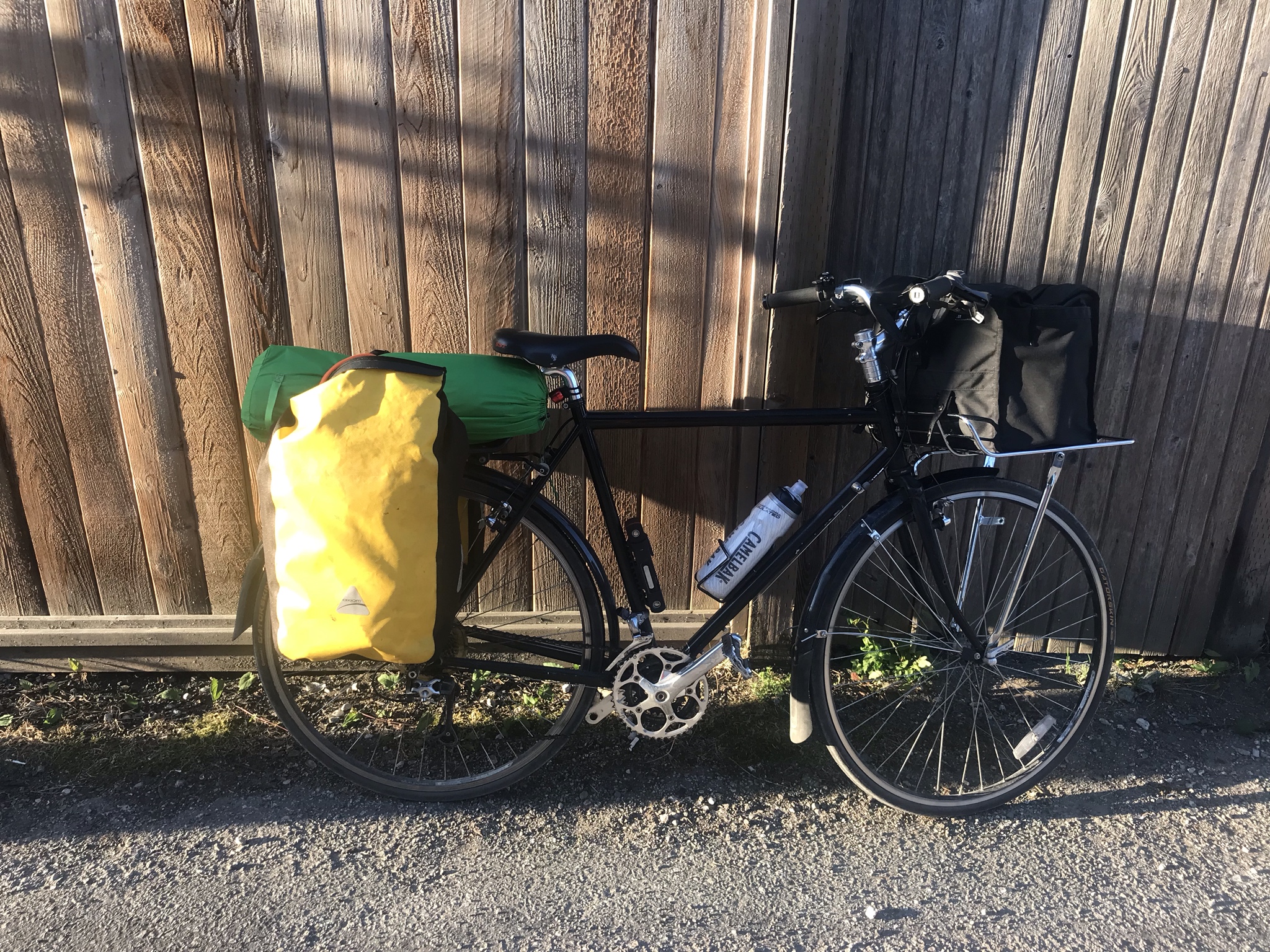 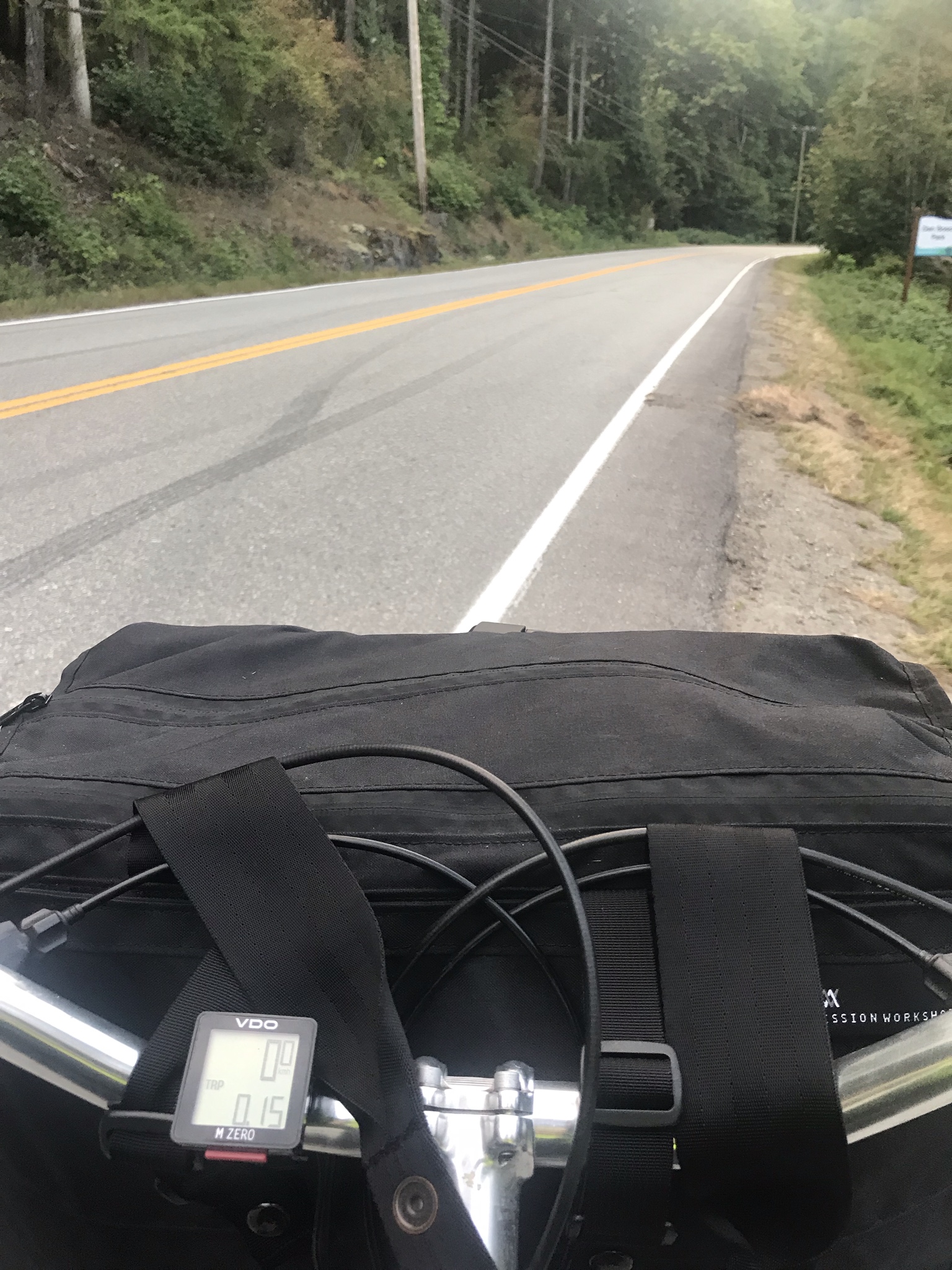 I had with me:

The gear I brought worked well, but if I were to do a similar ride in the future I would replace the tent with a hammock. There were many potential hammock camping sites I saw along my route, and this would have helped reduce the load.