Installing and managing your Python environment can be tricky, as this famous XKCD comic has aptly pointed out. After many years of experimentation, here is my advice on the best way to install Jupyter Lab (and notebook).

Use pipx to manage your installation of Jupyter Lab.

These instructions work for getting started. However, as your number of Python projects grows, so will the complexity of your environment. Consider this:

After dealing with Jupyter Lab installations on several computers, I have come up with an approach that works best for me. I use pipx to install Jupyter Lab in an isolated environment that I can re-use every time I need to use Jupyter Lab or another Jupyter tool (e.g. ipython).

First of all, what is pipx?

pipx is a tool to help you install and run end-user applications written in Python. It's roughly similar to macOS's brew, JavaScript's npx, and Linux's apt.

It's closely related to pip. In fact, it uses pip, but is focused on installing and managing Python packages that can be run from the command line directly as applications.

Why install jupyterlab with pipx?​

When installing Jupyter Lab, there are several outcomes I wanted:

If I install it with the flag, I get access to many more. For me, this behaviour is desirable because I want to be able to access commands like ipython and jupyter.

I would recommend using the pipx inject command sparingly. If you have a bunch of dependencies you need to add, it may make sense to create a virtual environment instead.

You can now launch Jupyter Lab using the following: 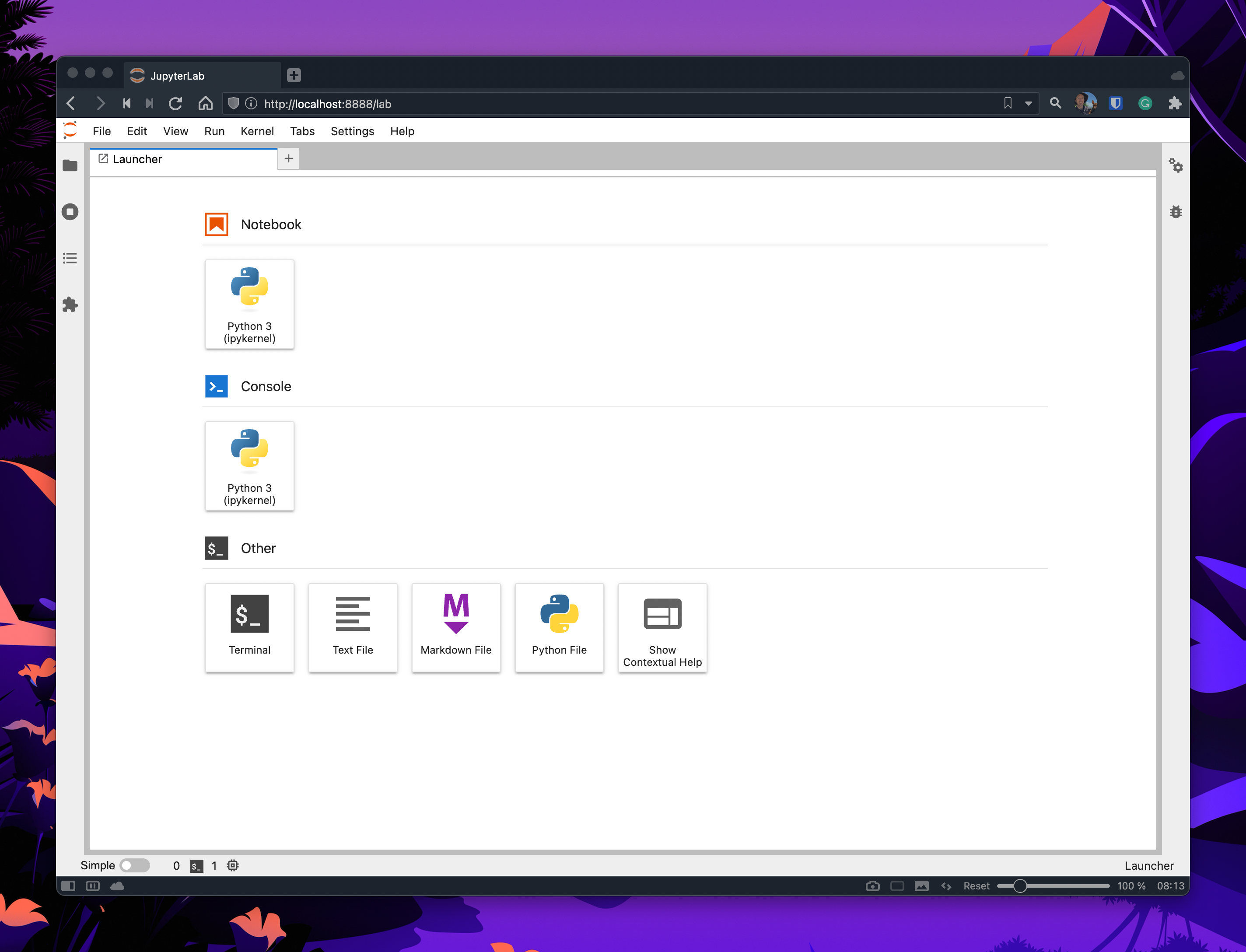 Next, install the dependencies you require:

Lastly, you will need to pip install ipykernel and install a new kernel. Ipykernel is the only dependency we need to add to our virtual environment related to Jupyter. Note that you do not need to add Jupyter Lab.

Before installing ipykernel, let's first look at the current state of our environment:

As you can see, we currently have only one kernel registered with Jupyter Lab. After we install a new one, we should see two:

When you start Jupyter Lab again, you will also see two kernels to choose from: 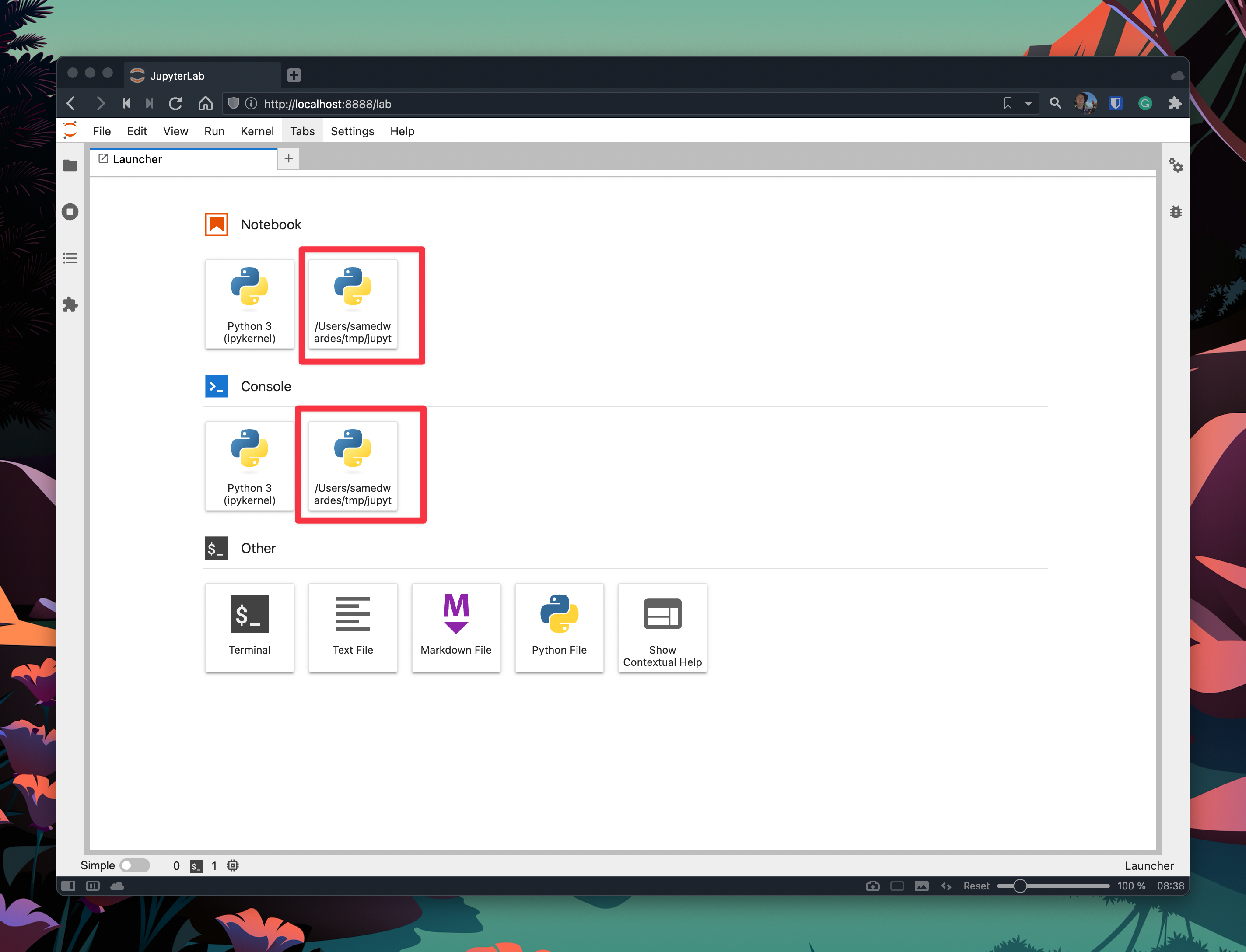 You can safely delete your kernel once your project is complete and you think you will no longer need to use it. First double, check the names of the kernels you currently have installed:

Then remove the kernel: